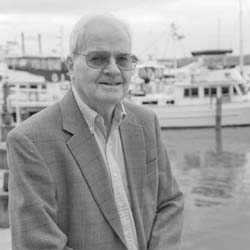 There is also Bill Clayton, former chair of the annual Lasley Scholarship Competition of the Symphony Orchestra League of Alexandria (SOLA) which brings us to another Bill Clayton. Alexandria rejoices in having two William “Bill” Claytons and it was the other one that the Alexandria Symphony wanted to organize their competition. The Living Legend Bill Clayton is listed first in the phone book so it was he SOLA inadvertently contacted and he who enthusiastically became a vital figure in Symphony volunteer activities.

Living Legend Bill Clayton, retired reporter, is married to Theodora (Teddye) Clayton, former president of the Master Gardeners and retired editor. They are a delightful team who are celebrating 50 years of marriage this year. As frequent world travelers, they would need a very special destination for their annual trip to mark this milestone. This summer, they will be going on an African safari. In addition to seeing wild life in Tanzania, the Claytons will take several side trips including one to Victoria Falls.

It is not surprising that Bill enjoys international travel. He was born in El Paso where his father was an Assistant U. S. Attorney. The family moved to Mexico in 1942 where his father was an intelligence agent at the Embassy. They lived there until 1948 and Bill attended the American School that included both American and Mexican students. He learned Spanish quickly and has kept up his proficiency. He has combined it with the study of other languages, usually in preparation for a trip abroad. He and Teddye still travel to Mexico on occasion to visit one of Bill’s former grammar school mates.

They also keep up with many of their former colleagues from their days in journalism. Bill was a reporter with UPI for 23 years who worked in Oklahoma City, Austin, Houston, Dallas, and Washington. In UPI’s waning days, he took a job as reporter with the Houston Chronicle from which he retired after 18 years. During his career, Bill saw the mechanics of journalism evolve from steno pads and ticker tape through small recorders to computers. He also spoke with regret of seeing reporters’ personal opinions find their way into what purports to be hard news stories.

Bill did not start out to be a reporter. He thought he wanted to be a rocket scientist but one year at MIT changed his mind and he transferred to the University of Texas at Austin where he earned bachelor degrees in Journalism and in English. After graduation, Bill worked briefly in Oklahoma before returning to Austin where a friend introduced his former girl friend to Bill. Teddye was a student at the University of Texas and she also became a journalist after graduation. As was the pattern then, each time Bill moved to another place for his career, Teddye dutifully quit her job and started over in the new location. Bill is quick to credit Teddye’s sacrifice. Bill’s eventual move to the Washington area gave Teddye the opportunity to stay in one job and she retired as managing editor of Psychiatric Services, the journal of the American Psychiatric Association.

Bill’s journalism career almost came to a premature end while he was in Oklahoma. He was covering a police raid on a local bawdy house. Unfortunately, when he included the address, he transposed the house numbers. The owners of the house Bill identified were not amused and complained to everyone above him in the Scripps-Howard news organization. Bill just barely held on to his job and is probably the only Living Legend whose career was almost ended by a youthful mistake involving a bawdy house.

BILL’S “RETIREMENT” has been as active as his journalism career. His volunteer involvement with North Ridge began in 1973 shortly after they bought their home in Alexandria. Bill became concerned about teenagers smoking and drinking in the park that adjoins their property. The Claytons’ house was burglarized and vandalized several times. Bill began patrolling the park for litter but also to be a presence there. Eventually, he organized volunteers to plant flowers and maintain the park, an activity in which he continues to participate. He also contributed research and writing to the sequel to the book on the neighborhood history, North Ridge Lore.

He was an early supporter of the proposed King Street Gardens Park and spent many Saturday mornings at the Market Square Farmers’ Market selling bricks to help finance construction of the Park. (In the interest of full disclosure, I report that I met Bill when he convinced me to buy two bricks, a 49th anniversary present for my parents and a signature brick for myself.) He continued his involvement during construction and after the Park opened. He and Teddye donated one of the benches in the Park in honor of Bill’s Aunt Panchita.

Bill’s newest volunteer activity is editor of the At Home in Alexandria! (AHA!) newsletter. AHA! Is a new nonprofit organization whose goal is to create a “membership village” that enables Alexandrians to “age” in their own homes. Using a cadre of volunteers, AHA! will provide assistance and references for approved service providers.

Once while Bill was covering the Billie Sol Estes story, he was caught in a UPI photograph (his own employer) and described in the caption as “the man pictured at left is unidentified.” He is not unidentified any longer. Whichever Bill Clayton you encounter, community activist, arts advocate, civic activist, musical impresario, park sponsor, newsletter editor, they all add up to the ultimate Bill Clayton, a dedicated volunteer who truly deserves to be recognized as a Living Legend of Alexandria.