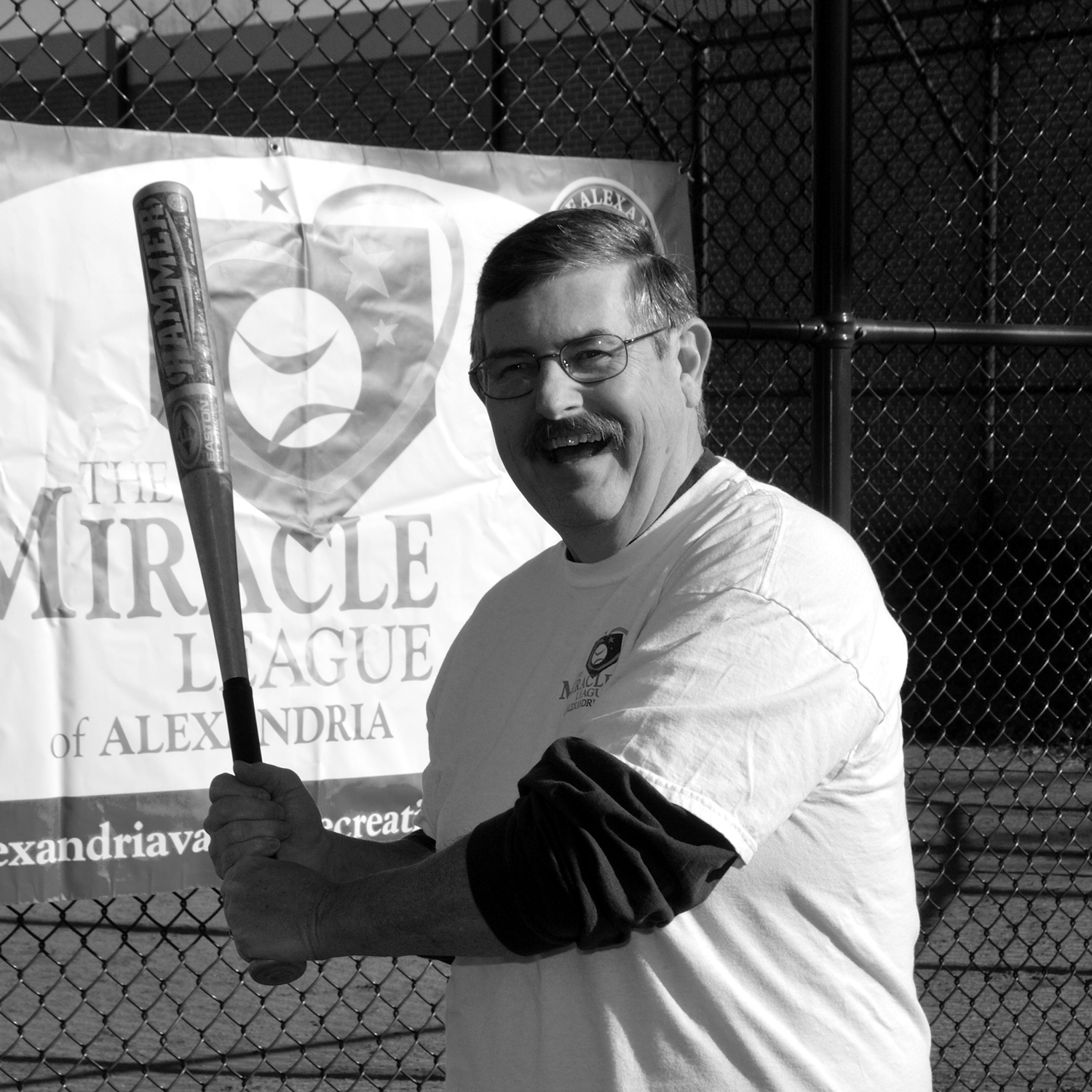 Citizen activist William “Bill” Rivers is an original member of the Alexandria Park and Recreation Commission’s Youth Sports Advisory Board and serves as the board’s secretary. For over 25 years he coached youth soccer and recreational league basketball for the Alexandria Department of Recreation, Parks and Cultural Activities.

Rivers grew up 15 miles outside of New York City and participated in various youth sports. Basketball was his favorite. He graduated from Georgetown University in 1970 with a B.S. in foreign service. At Georgetown he met Maggie, who would become his wife and the family’s biggest booster. The couple settled in the Del Ray neighborhood. Rivers’ passion for coaching started in the early 1980s when his two daughters played team sports and their teams needed coaches.

Retiring after 33 years with the General Services Administration, Rivers now devotes full attention to his family and athletics, particularly youth sports and coaching.

While coaching Riversrealized how much he enjoyed working with youth. He noticed that some kids, those who might be considered “at-risk,” needed additional mentoring. He helped those kids with tasks such as homework and college applications.

Having found these experiences fulfilling, Rivers continues to shape plans for youth sports through athletic programs and the renovation and construction of athletic fields and basketball courts. He has become particularly interested in creating recreational opportunities for mentally or physically challenged individuals.

The idea of a Miracle Field in Alexandria began in 2005. A Miracle Field is a rubber-surfaced baseball diamond designed to allow individuals with special needs to participate in outdoor sports in a safer and more pleasant environment. Ludwig Gaines, then a member of the Alexandria City Council, proposed the concept for Alexandria. Mac Slover, director of sports for the Alexandria Department of Recreation, Parks and Cultural Activities, had a similar vision and met with Miracle League corporate executives, who helped refine an initiative for Alexandria. In late 2010 Slover brought the Miracle Field concept to the Youth Sports Advisory Board. Rivers took a personal interest. Slover had credibility and the project was relatively inexpensive, initially budgeted at $585,000 with a schedule for completion in 2020.

Rivers and other members of the newly formed Miracle League of Alexandria (MLA), of which Rivers became president, pursued private individuals and businesses for financial support. MLA is a private concern that supports recreational opportunities for individuals with special needs.

MLA raised over $150,000 and arranged for $150,000 worth of donated construction services toward the Miracle Field. An important donor was the Kelley Cares Foundation, sponsored by the Swanson family. The Swansons’ daughter Kelley had attended T.C. Williams High School and had worked with special needs kids at the school. When Kelley passed away unexpectedly soon after graduation, her family created the nonprofit Kelley Cares Foundation to help raise funds for therapeutic recreation throughtax-exempt donations. The foundation contributed significantly toward the Miracle Field project. The Washington Nationals also have been key partners and supporters.

The dream of the Miracle Field was realized on an accelerated two-year schedule. At a dedication ceremony on November 17, 2012 the Kelley Cares Miracle Field was turned over to the city. Simpson Development Company was given special recognition as the volunteer general contractor. Rivers dreams of further increasing recreational opportunities for the special needs community. His vision for a “triple play” is a therapeutic campus at Nanny J. Lee Recreation Center consisting of the existing indoor therapeutic recreation space and multisensory room, the new Miracle Field and a therapeutic pool. This dream sparked him to create Advocates for Alexandria Aquatics with the goal of raising $4 million to $5 million within five to ten years.

The batting average of this remarkable Alexandria Legend leads one to believe he will achieve that dream.