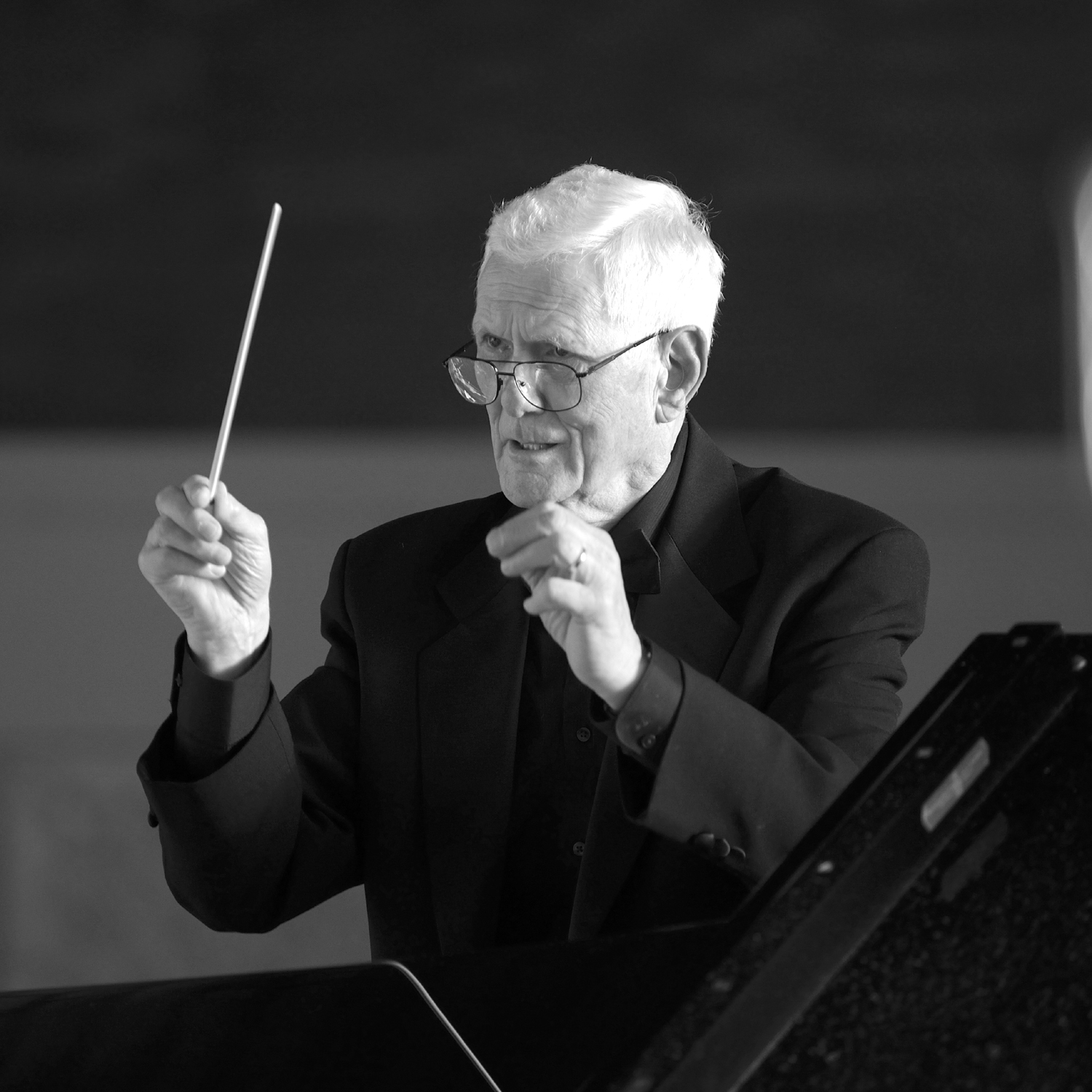 James graduated with honors from Brown University in 1958 with a bachelor’s degree in music and was accepted for graduate study at both New England Conservatory and Indiana University. However, Uncle Sam notified him of his draft board’s plans; James joined the Navy.  He served as a Regular Naval Officer for 20 years, retiring as a Commander in 1979 after 13 Vietnam campaigns and with five Commendation Medals.

James resumed his music studies in cello and conducting, and soon took the podium at two small community-based ensembles practicing and performing near Alexandria, Virginia.  The new conductor grew the ensembles into metropolitan-wide symphonic orchestras while keeping their community service and participation roots.

Hundreds of musicians of all ages have had opportunities to display and improve their musical talents with James’ leadership. His musical brilliance, wise guidance, and deep passion for music education have inspired youth and adults as orchestral musicians and sensitive audience members.  In 31 years, except for one many years ago, James has never accepted a salary.

Known for his compassionate leadership skills, James is quick to deflect the spotlight from himself, preferring to praise, encourage and mentor those around him.

In James’ own words:   “I want to build an audience that looks forward to exploring new music along with the gems of the past.  I want to support the musical art of the recent past and the present through performance, and to encourage the creation of music for the future.  I also want to build an orchestra that is the finest  ‘community orchestra’  in the region, and do it in a way that nurtures and respects every musician and patron who participates in our efforts.”

Alexandria and its arts community will be for years to come, the beneficiaries of Ulysses James’ many years of exemplary leadership and service.