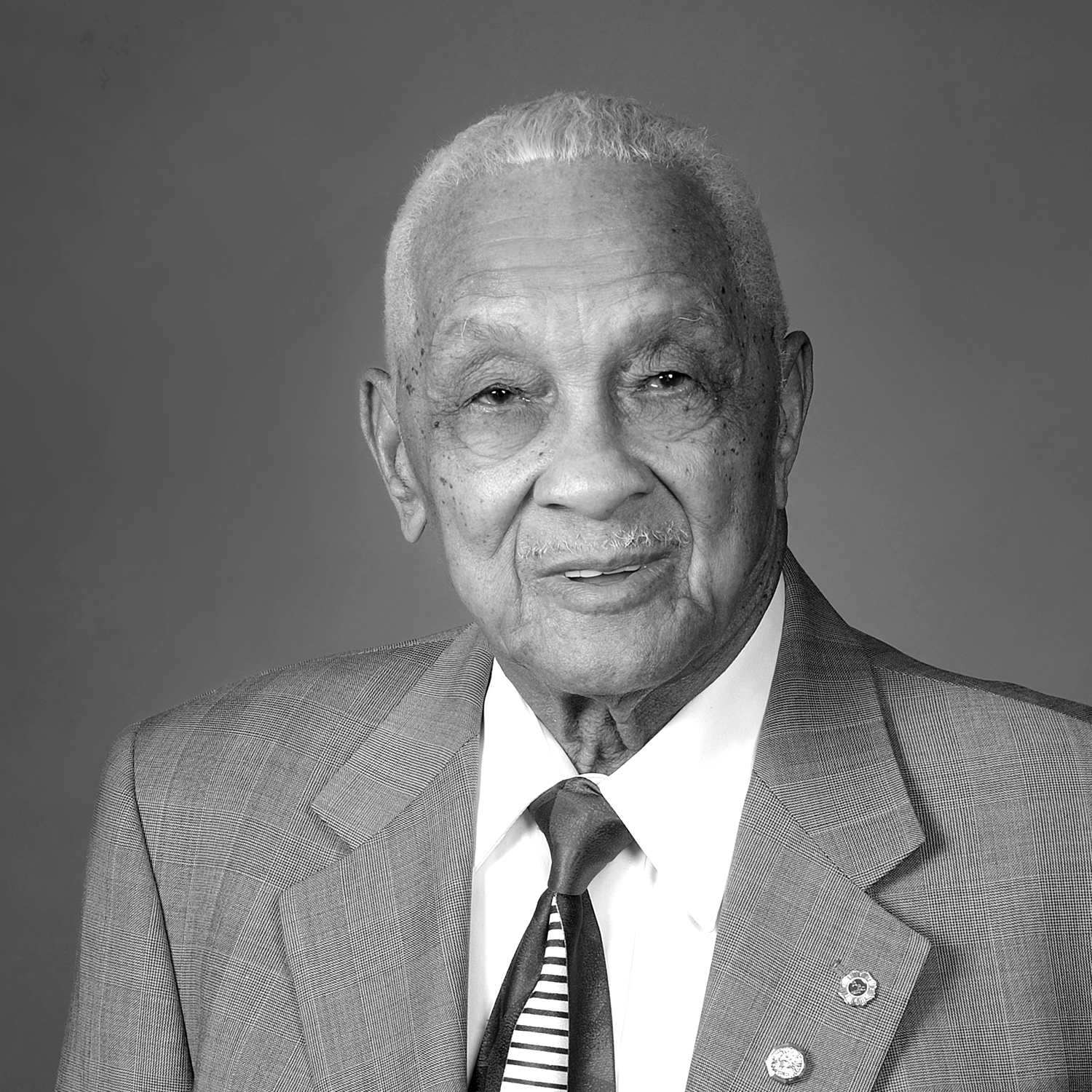 At 88 years old, Lawrence P. Robinson has a lot to reminisce about when it comes to changes in Alexandria. He worked in the Cameron Station complex for over 39 years. “I was hired as the first civilian bagger at the commissary after Congress passed a bill defining grocery bagging by members of the military as servitude,” said Robinson, who is known as “Robbie.” “So, they replaced the Marines who were doing the job with civilians.”

“Only octogenarians like me will remember Santulio’s grocery store on Duke Street,” he added. “It was a big deal — the day of the mom and pop store where everybody went to get their groceries.” Robinson said it was a unique thing that doesn’t exist today. “The clerk checked you out and wrote down what you owed in a 4”x 6” notebook. At the end of the month on payday you came back and paid your bill.”

Robinson continued, “In those days Alexandria was very different from what it is now. Landmark Mall was a municipal airport and Duke Street was a two-lane asphalt road.” But he added that the physical layout has not changed as much as what Alexandria has become. Robinson said change was gradual until one day it was as if someone “stomped their foot on the gas” and it became a major metropolitan city.

“All of the things I’ve done I am proud of,” Robinson said. “But you need to make room for young people and bring their energy and knowledge into today’s world. They have ideas that I will never have. It’s not the end of your world when you make room for growth and the future, not only for the organization, but also for the individuals. It’s a win-win situation.”

Robinson has decades of service in the Elks Lodge # 48 in Alexandria where he has been deeply involved in community activities since he joined the organization in 1953.  “You get out of it what you put in it,” he said. “I reached out and became part of what this community is.”

Robinson said the Elks was a place to go for African Americans “because we couldn’t go to the Holiday Inn and similar places of social activity because we were not allowed. The current Elks ‘home’ as we call it was located right where it is today on Henry Street. It was your home away from home.”

Robinson, the Virginia State Association Elk of the year in 2002, said its purpose was to provide quality social activities for its members but even more important a chance to become involved in the community and have some identity. Robinson concentrated on the Lodge’s Education Department where he focused his efforts on youth “who I’ve always thought needed every opportunity to grow.”  A competitor in the Oratorical Contest could advance through district, regional and then to national competition where they faced other students from around the world. “One year our representative made it to the national competition.”  He noted that back then the award was a $500 scholarship; today it is $10,000.

Robinson served on the board of Directors of Project Discovery-Alexandria for six years. He has served as a member of the City of Alexandria Martin Luther King, Jr. Planning Committee for over 49 years. In 1983, Robinson was presented an award by the Distributive Education Clubs of America (DECA) at T. C. Williams High School as one of the Outstanding Black Business Leaders in Alexandria

Robinson’s passion to help students further their education spilled over into the Departmental Progressive Club on Gibbon Street, which was formed 91 years ago to provide recreation for its membership and to support other community groups concerned with the welfare of Alexandria. This includes a wide variety of public service projects such as blood drives, annual scholarships and black history programs. He served as President of the Club for a total of 12 years, as Vice President and as Financial Secretary as well as on the Board of Governors for 50 + years.

To Robinson, a formal education is important but equally important is common sense. “I’ve been lucky.  I only got a high school education and college was not even on my bucket list. I went to work.”  But Robinson made his way through the ranks from commissary bagger making $1.39 per hour to Deputy Commissary Officer before he went to the Defense Logistics Agency where he retired in 2010 as Chief of Operations in the DLA Command Control Center sometimes called the War Room.  “Some of my success is because of my drive, but I had a lot of help from a lot of good people along the way.”

In his earlier years, Robinson became a race car driver, building his own race cars and engines and winning almost 500 first place trophies. He won the National Hot Rod Association (NHRA) East Coast Championship in E Gas (highly modified engines) in 1967, 1968 and 1970 competing at racetracks from New York to North Carolina.  Local recognition includes being awarded the 2010 Cliff Ewell Memorial Award at the Annual Legends of Racing celebration sponsored by Old Dominion Raceway.  Robinson also received the Lifetime Achievement Award in recognition of being the first African American to participate in organized drag racing on the East Coast.

Robinson is a proud 6th generation grandson of Gentleman Jim Robinson, who at the time of the Civil War owned part of what is now the historic Bull Run Battlefield. Gentleman Jim’s home, Robinson House, is today a battlefield tourist attraction and Gentleman Jim is buried nearby.

Robinson has one of the most important jobs in the Elks, I.B.P.O.E.W. as Grand Director, Public Relations Department.  But as he said, “I am 88 years old and I am downsizing. I think it’s nearing the time to get my gold watch and go home.” Robinson says he has always been an advocate of knowing when your usefulness has been used. “You move on.”