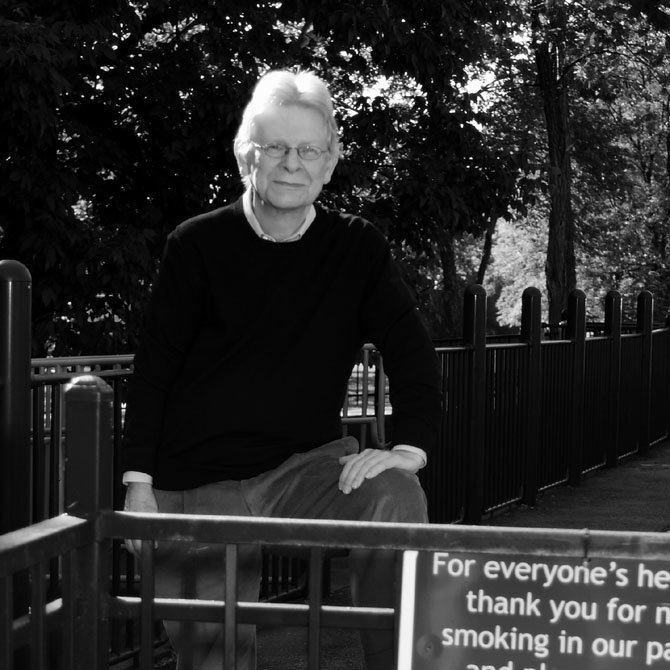 Richard Merritt’s Peace Corps experience taught him one of Gandhi’s guiding principles: “The best way to find yourself is to lose yourself in the service of others.”

Born in 1943 in Greenville in Texas, Richard E. Merritt grew up in the Bellaire section of Houston and attended Austin College in Sherman, also in Texas, where he earned a B.A. in psychology. He joined the Peace Corps as a volunteer in India. He was assigned to community development as an extension officer helping to improve crop yields.

“Ironically I grew up in an urban environment,” he said. “But there were problems with developing agriculture and teaching Indian farmers to develop confidence in new development projects, primarily wheat and sorghum. With these we hoped to show a significant difference in crop production.”

Merritt was posted in Gujarat Province in western India on the Arabian Sea helping people find and obtain resources and purchase seed. The experience changed his life.

“You make of it what you will, and I tried to open myself up as much as I could,” he said. “I came out a much better person. It taught me so many values and traits: patience, tolerance, confidence, independence, empathy.”

India also taught him one of Gandhi’s guiding principles: “The best way to find yourself is to lose yourself in the service of others.”

On his return, Merritt studied international relations and law at Tufts University but decided against a foreign service career. Instead he became a research associate at the National Legislative Conference, a trade association that represents the interests of state legislative bodies. He served from 1972 to 1975.

Then came a role as staff director for human resources at the National Conference of State Legislatures from 1975 to 1980. From 1980 to 1996 he was director of the Intergovernmental Health Policy Project at George Washington University. He then spent 10 years as director of the Forum for State Health Policy Leadership with the National Conference of State Legislatures.

He lived in Arlington for almost 17 years and moved to Alexandria 18 years ago. Throughout his career Merritt has been a community volunteer and served on a number of boards, including the Visiting Nurse Association of Northern Virginia, Hospice of Northern Virginia and Inova Health Systems. He is chair of the Alexandria Public Health Advisory Commission, as well as chair of the Clean and Smoke Free Air Coalition of Alexandria, which is part of the Partnership for a Healthier Alexandria.

Merritt said, “I only agree to chair a group if people will help in actually doing a job, such as improving respiratory health for children and youth, improving tobacco control efforts, helping to check the increase in child obesity, and increasing access to preventative care for physical, oral, mental health and primary care.”

“We are attempting to motivate smokers to quit and have put up signs in parks, playgrounds and bus shelters with information on where to find confidential information on quitting,” he said. “We hope Alexandria will be the most smoke-free city of its size in America by the end of 2015.”

Dr. Stephen Haering, director of the Alexandria Health Department, said, “Richard’s work has been dependable and tireless. He is a dogged advocate, concerned about Alexandria’s vulnerable populations: children, the elderly, the economically disadvantaged and socially isolated.” Haering sees these characteristics as determinants of individual health. “There is a growing body of evidence showing their negative effects on an individual’s well-being.”

“I joke that while I’m working on organization, administration and policy development advocacy Richard is actually doing public health,” Haering said. When it was time to post quit-smoking signs in playgrounds and parks, volunteers were scarce. Merritt drove Haering around Alexandria to post the signs. You don’t get more “boots on the ground” than that.

Arlene Hewitt, who serves on two public health committees with Merritt, describes him as “one of the most extraordinarily dedicated citizens in Alexandria. He goes to the nth degree to pull everything together. Dick is an icon and example to all.”

Merritt is a Washington Nationals fan and participates in fantasy baseball. He is also an antique appraiser, specializing in early American furniture. He is accredited as an antique furniture appraiser by two national professional appraiser associations. He has taken a special interest in 18th-century Philadelphia furniture and is currently writing an article on a very early Philadelphia cabinetmaker.

He has worked with all the major auction companies in area. He takes assignments that interest him, mainly about furniture from 18th-century Philadelphia. He seeks to see and understand private collections and has found some exceptional ones, even right around the corner.

“About two years ago, I had an appraisal at a big estate right in heart of Old Town. I walked into the house and felt a chill running up my spine.” Among other treasures he found a set of six very early Queen Anne side chairs. Merritt said it is unusual to find that many in a set still together.

However, he will not neglect his public service. “I intend to remain active in helping improve the health and well-being of our wonderful community by emphasizing prevention and early intervention in city policies and programs. The city was recently honored for the fifth year in a row as one of the 100 Best Communities for Young People in America. In receiving the award the mayor said he wants to see Alexandria become number one in that category. I think that’s a terrific vision, and I’d like to play a role in making that come about.”