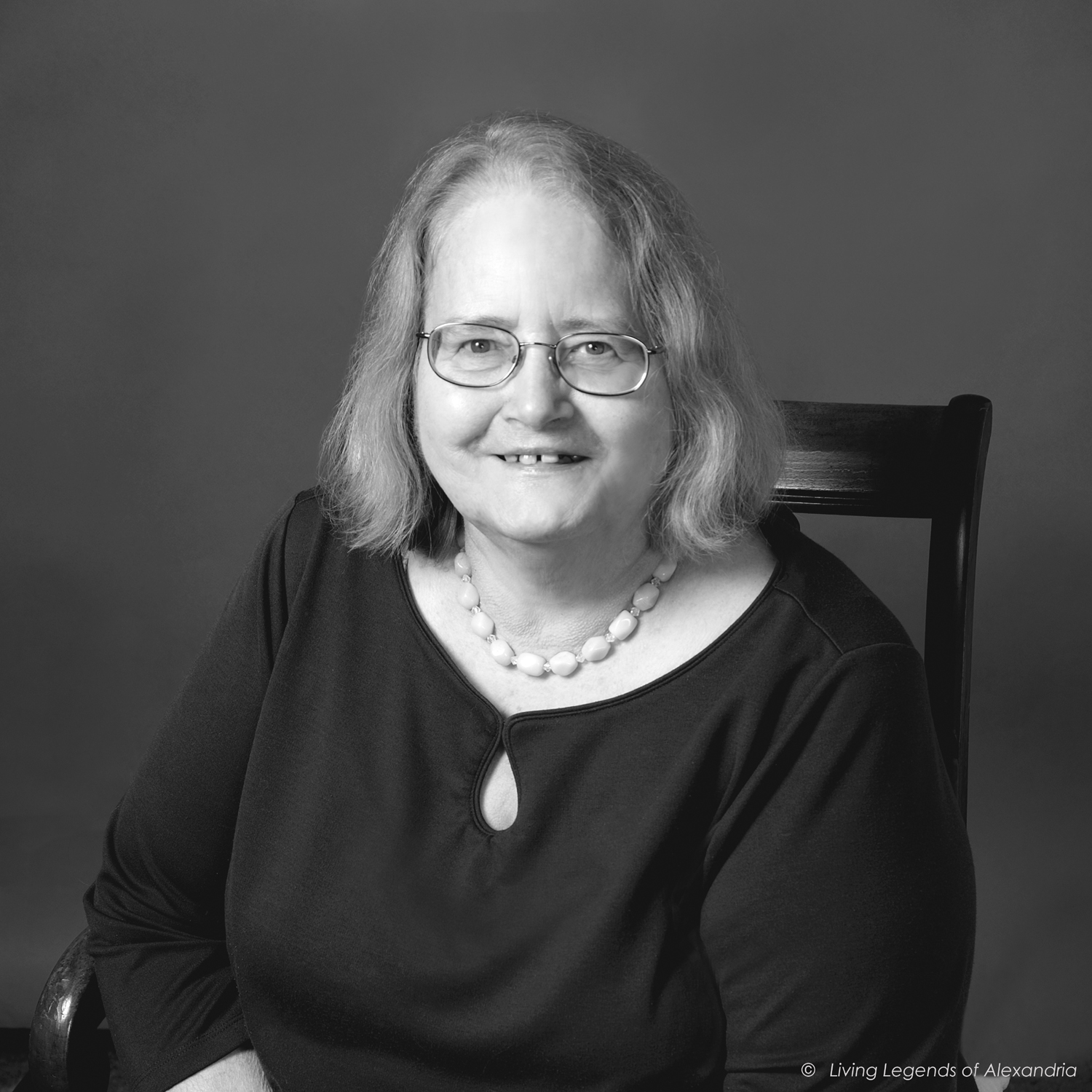 Retired editor Mary Anne Weber has focused 50 years of editorial experience with local newspapers in New York and Alexandria, her talent for writing interesting and compelling stories and her passion for helping people, particularly those with mental health issues, is how she continues making significant differences in Alexandria.

Weber moved to Alexandria in 1995 from Long Island, N.Y., where she had worked for several newspapers and as press secretary to a Congressman. After her husband died in 1992, Weber continued to live on Long Island until the Congressman she worked for lost his election bid so she lost her job.. That and an economic downturn inspired her to return to school for retraining and then to move to a less costly location.. Among several possibilities from New England to Florida, she settled on Alexandria. She had liked the area when she had visited, her son was in grad school in D.C. and she had two brothers in the area.  Soon, while walking down King Street she saw a copy of the Gazette Packet and learned there was an opening for a managing editor.  Although warned that a permanent job wasn’t likely at her age of 54, she wound up working for the Connection Newspapers for 13 years becoming acting editor and then editor.

Connection Newspapers, is a locally-owned media company founded in 1784, that publishes 15 weekly community newspapers reaching more than 100,000 households in select suburban communities in the Washington metropolitan area in print and online.

Jerry Vernon, Alexandria Gazette Packet publisher, offers, “Mary Anne Weber’s work in journalism as the Alexandria Gazette Packet editor for many years still shows her vision and effort today as the life of the city continues to improve.   Mary Anne’s work as a journalist mirrors her continuing dedication and service to improving community through both her work and her volunteer contributions from which organizations like Living Legends were born and continue to enhance our community today.”

Weber served on the team that created the original framework for Living Legends of Alexandria (LLA) in 2006. LLA is a nonprofit photo-documentary project to identify, honor and chronicle the people making current history in Alexandria. Once LLA achieved nonprofit status in 2007 Weber served on its newly formed board of directors and continued to serve on its board as recording secretary until June 2016. During this time, in addition to crafting editorial copy for its annual catalog, Weber also interviewed nominees and wrote feature stories about their accomplishments for publication in the Gazette Packet and LLA’s other media partners. She facilitated publication of Family Legends stories written by children in the December “kids edition” of the Alexandria Gazette Packet. Family Legends is an activity of LLA where children learn to interview family members and write and illustrate stories about them.

Weber served for ten years, 2006-2016, on the Alexandria Community Services Board (CSB), four as chair. The CSB is a group of 16 volunteers appointed by Alexandria City Council that oversees the use of public funds to provide mental health, intellectual disability and substance abuse services through the Department of Community and Human Services (DCHS). As her term was ending, Friends of the Alexandria Mental Health Center asked if she would help set up a series of educational programs on mental health issues, their response to the Newtown, Conn. massacre. She agreed joining the Anti-Stigma HOPE Campaign of the Partnership for a Healthier Alexandria, a group of representatives from various health organizations including Friends. That first year as chair, along with Friends co-chairs Susan Drachsler and Tiffany Sanchez, she created a monthly series of programs.

Weber expanded the scope of Art Uniting People, an art therapy program and exhibition, which began as a subcommittee of the Anti-Stigma HOPE campaign. In 2014 with Cindy Savery as chair of the exhibition program, she led a small team that secured three exhibition sites—Convergence, the Lee Center and the Durant Center. In 2015, with Cindy’s help,   the number of sites was increased to include City Hall, St. Elmo’s Coffee Café, the Beatley Library and the George Washington University Graduate Center as well as the Durant Center. The number of receptions was increased which translated into more opportunities for interaction between the artists and the public.

At the invitation of the Beatley Library, Weber helped organize a mental health week beginning in October 2013, the 50th anniversary of the signing of the Community Mental Health Act by President John F. Kennedy. The program continued in 2014 and 2015. During this time she wrote a regular column on mental health issues in the Gazette Packet.

Weber was named by then-Mayor Bill Euille to serve on a 13-member panel to examine the potential health consequences of Virginia’s refusal to expand Medicaid in compliance with the Affordable Care Act and to offer recommendations to improve access to health care. She volunteered to work on the first citywide health fair (one of the panel’s recommendations) and volunteered to work on the second fair in 2016. Over 350 adults and children, mostly uninsured residents of the City of Alexandria, attended the second fair on November 5 at the George Washington Middle School. The event was hosted by more than 60 community based, faith-based and health care partners.

“I have known Mary Anne Weber for about ten years through various mutual boards and commissions on which we served and more recently as part of the planning committees that produced the last two community health fairs for the low-income uninsured in Alexandria. Mary Anne is a friend and a mentor. I think of her as the quintessential community volunteer and activist. She is reliable, committed, compassionate, extremely well-informed, very well-networked, and never fails to add something important and fresh to any discussion or issue with which she is involved…..”

Weber’s other volunteer affiliations include serving as liaison for the CSB on the Alexandria Public Health Advisory Commission, 2009-2013; representing the mentally disabled on the Affordable Housing Panel, 2010; Advisory Council for the Department of Therapeutic Recreation, 2010-2016; and committees on suicide prevention and mental health education.

What do retired editors do for fun? Read! Weber enjoys mysteries, particularly those with a sense of place, history and biographies. She often reads several authors versions of a person’s life. She likes watching old movies (those she wasn’t allowed to see when she was a child) and when she travels, she enjoys finding off-the-path local museums, historic homes and local wineries. “Bet you didn’t know there is a winery in the Black Hills of South Dakota,” she quipped. Well, no, we didn’t know that but we know what makes Mary Anne Weber a Living Legend of Alexandria.