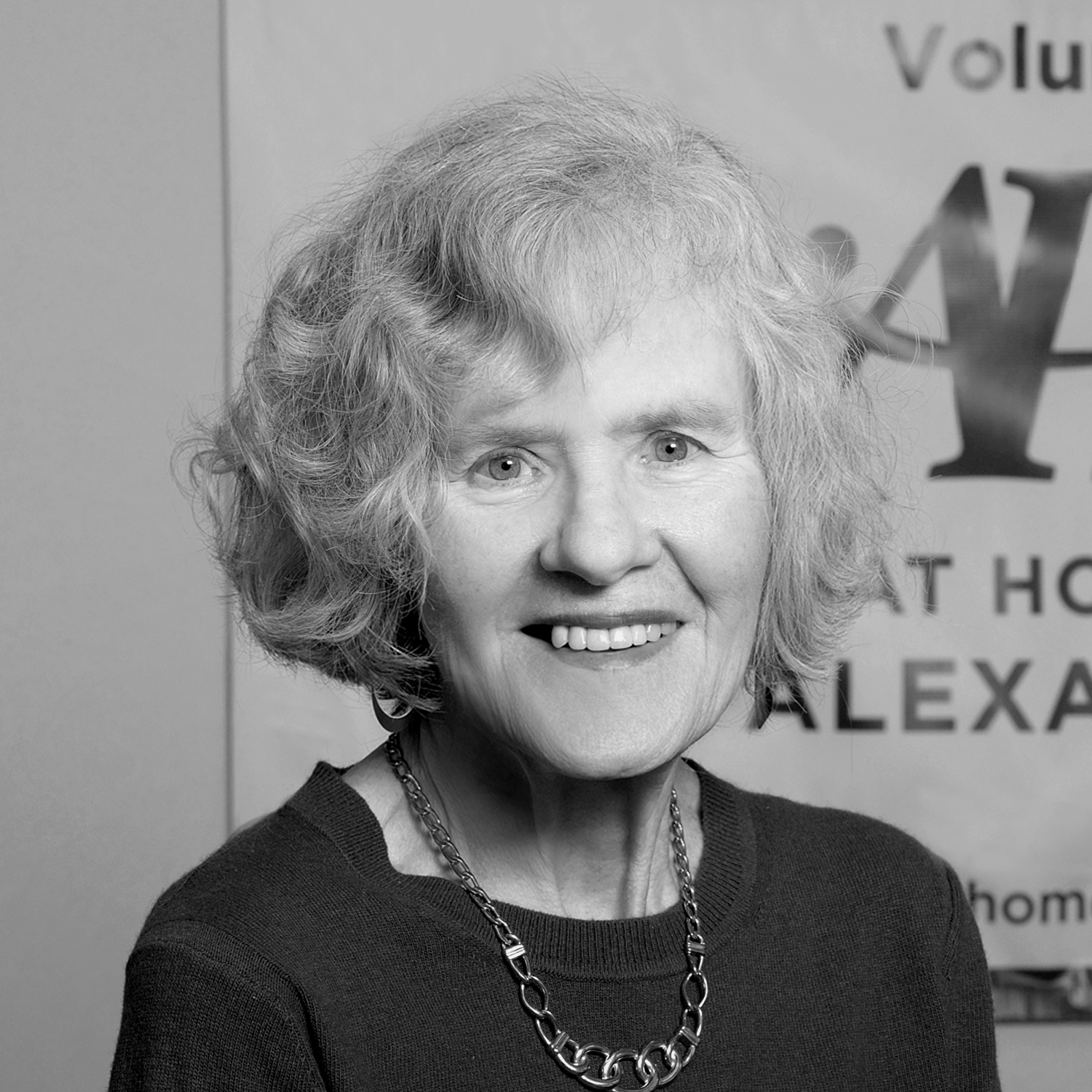 For nearly 40 years, Jane King has been a fixture in Alexandria. Due to her father’s job as an engineer, she moved around a lot growing up so when she had a chance to settle down, she chose Alexandria over her previous location in Fairfax County.

“I have loved every minute of being in Alexandria,” King said. “I jumped at the first opportunity I had to make my home here.”

King is the eldest of three daughters born to John and Veronica McAnulty. She graduated from New Canaan High School in Connecticut then earned a bachelor’s degree from Duquesne University. King completed graduate studies in English at the University of Virginia but during a move her landlord threw out her thesis so she never officially obtained her master’s degree.

“I learned so much from taking those classes,” said King chuckling at the memory, “but the thesis ended in this disaster.”

While working in the field of consumer protection, King became interested in livable communities for older adults long before she became older herself.

“I worked for AARP for 8 years and from there became interested in the movement to create livable communities for those who are aging,” said the 78-year-old King. “My interest began when I was still in my 50s and has only continued to grow since then.”

King is currently the chair of At Home Alexandria, a nonprofit organization that provides practical, social and emotional support to Alexandria residents ages 55+. AHA is a membership organization based on the “village” concept, which helps older adults age in place.

“AHA gives the opportunity to those who want to stay in their homes as long as possible the assistance they need to do so,” King said. “One extremely important aspect for us is social activities. That is vital to our members.”

Prior to her work with AHA, King served for four years as chair of the Commission on Aging and in that role spearheaded the development and implementation of the Alexandria Strategic Plan on Aging, which was approved by City Council in 2012. The plan included the need for affordable housing, accessible transportation, workforce development, access to community services, the contribution older residents provide as volunteers, and health and safety.

“It was important that this was a plan to make Alexandria a livable community for all ages,” King said. “The original plan expired in 2017 so we decided to apply to join the AARP/World Health Organization’s Network of Age-Friendly Communities.”

Under King’s leadership, Alexandria was the first city in Virginia to be accepted into the Network. She was chief architect of the city’s Age-Friendly Plan for a Livable Community approved by the City Council and AARP. It is scheduled to be in effect through 2021.

“This plan calls for Alexandria to increase the availability of affordable, accessible housing, which is a huge effort,” King said. “It also addresses transportation, health and service needs, communications and enhancing outreach to our very diverse population. Many older residents do not know the services available to them.”

For more than 13 years, King has been an active volunteer for AARP and works with programs that help participants prepare to adapt their homes for their older years.

“Northern Virginia has a large team of AARP volunteers,” said King. “The organization is working hard to be more involved with its members and others at the community level. We are one of more than 300 members in the Network of Age-Friendly Communities across the country.”

King has also been a state advocate for AARP and a legislative coordinator for the Northern Virginia Aging Network.

“Each year we develop a platform with six priorities that we recommend to our general assembly members,” King said. “We present three legislative and three budget priorities that are important to older Virginians.”

In 2013, King was recognized for her community service with the AARP Virginia President’s award. In 2015, she was honored with the Commission on Aging’s Annie B. Rose Lifetime Achievement Award. The award recognizes the significant contributions of an individual who has demonstrated exemplary achievements in community service, particularly in the advancement of social justice and aging concerns.

“While the recognition is nice, the work itself is what gives me the greatest satisfaction,” King said. “I love being engaged in the community and getting to know people who share my interest in aging issues. The friendships among those of us who share this interest is an unexpected pleasure and inspires us all to continue.”

King has one daughter, three stepsons, two granddaughters and four step grandchildren. She and her husband of 27 years, David Peters, live in Del Ray.

“It’s important to stay engaged in life and the community,” said King when asked what her work with older adults has taught her. “Being engaged provides some of the same satisfaction that you get when you are working. Engaging your brain uses some of the skills you acquired in your career.”

When asked what advice she had for the older community, King did not hesitate. “Retirement can be difficult for some people,” King said. “The largest piece of advice is to plan ahead and choose carefully what you want to do as far as volunteering or a second career. And don’t forget to leave time for fun, and travel if you can. It’s important to find a balance and leave time for yourself.  But by far the worst thing to do in retirement is to not plan anything at all.”