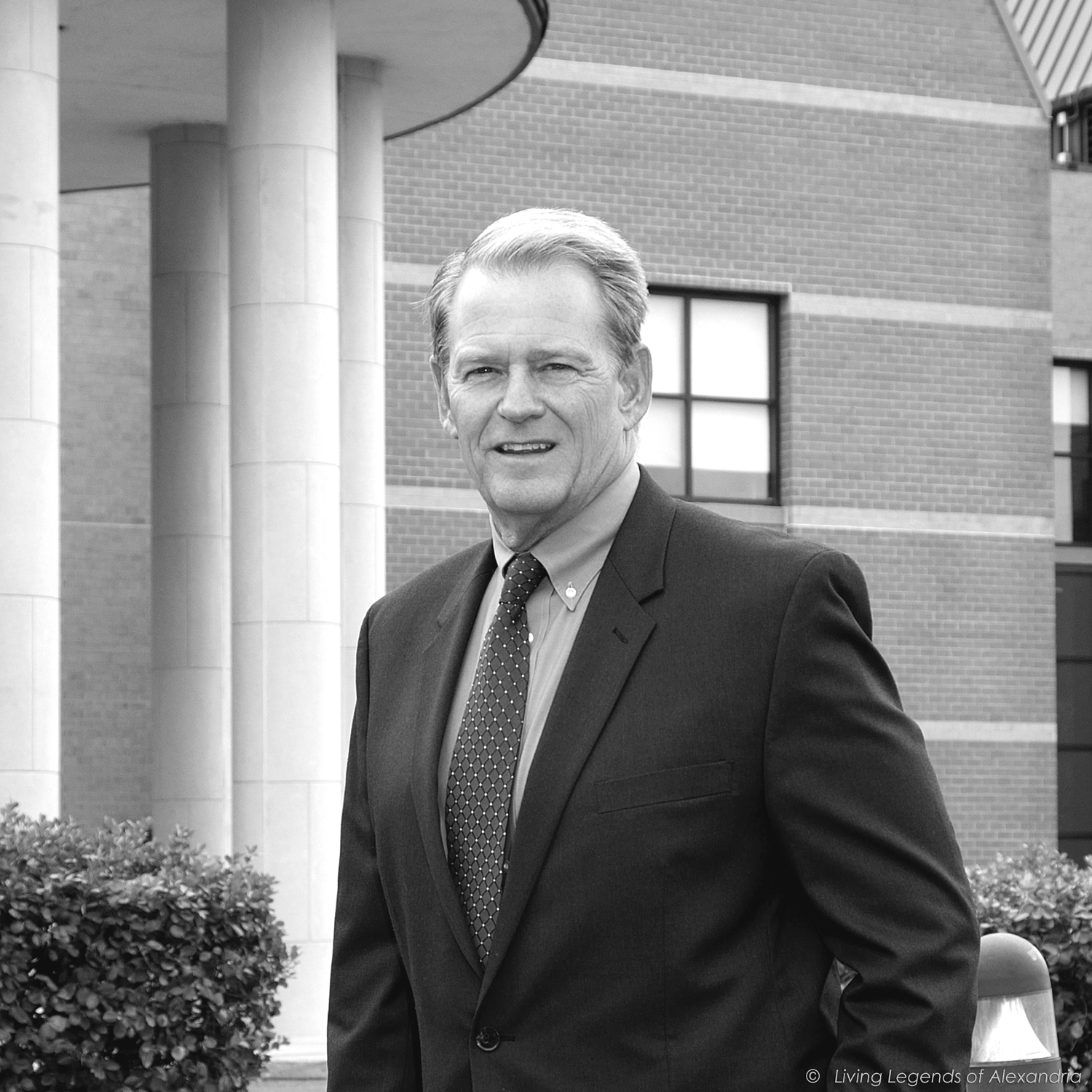 Community service and prioritizing the ability to help others is a family tradition for Kerry Donley.

Donley and his family moved to Alexandria when he was just seven. His father was Chief of Staff to South Dakota Senator George McGovern and while his family expected to stay for just one six-year term, Donley’s has called the city his home most of his 60 years.

A political science major and English minor at Marquette University, Donley returned to Alexandria where he and his wife of 37 years, Eva, raised their five daughters, all of whom reside in the greater Washington, DC, region.

Donley has been a fixture in Alexandria in more ways than one. Other than a three-year stint he spent as athletic director at T.C. Williams, he’s been a banker, from his early days at Crestar Bank starting in 1979 through his current position as a senior vice president at John Marshall Bank.

But it’s his work in the community he loves, and the family he’s raised, that make him the most proud.

Donley’s resumé is lengthy and filled with public service positions. First elected to Alexandria City Council in 1988, he served as mayor from 1996 until 2003, returning to the city council in 2010 for one more term. “Local government is where the rubber meets the road,” he says. “I think that’s where you make decisions and they directly impact the people you serve. Whether land use decisions or budget decisions, they directly impact the community.”  It’s all well and good to serve the broader public at the state or federal level, but “when you’re in local government and you build a school or library, every day you drive by and see kids going to school or people using the library, you know you’re having a direct impact on people’s lives.”

He points to Virginia’s governmental philosophy, based on Jeffersonian democracy of a citizen legislature as a model he’s embraced and tried to emulate. Elected officials to city and county positions in Virginia are doing a full-time job with part-time pay, but “Jefferson believed elected officials could best represent their citizens if they were true parts of the community. The idea was you would live and work and raise your family in the community you represent. You wouldn’t be a professional politician.”

In Donley’s eyes, and that of his family, it’s a natural extension of that philosophy to be not just active in local politics but charitable outreach as well. In addition to his time on the Alexandria City Council, Donley has served on a football field’s worth of non-profit organizations: Virginia Municipal League, Open Door Housing, Northern Virginia Transportation Commission and Alexandria’s DASH Board, Center for Alexandria’s Children, Carpenter’s Shelter board member, Alexandria United Way and chair of the Alexandria Campaign on Adolescent Pregnancy, to name but a few. Donley’s been recognized for his service by the Alexandria Chamber of Commerce as the Business Leader of the Year (2004) and as the Alexandria St. Patrick’s Day Parade Grand Marshall i(2006); more recently as an addition to the Carpenter’s Shelter Wall of Honor (2015) and the Volunteer Alexandria Lifetime Achievement Award recipient (2016).

It’s because of this lengthy list of accolades and accomplishments that David Speck nominated Donley as a possible Living Legend of Alexandria..

“I am surprised to be writing this nomination for Kerry—surprised because I, like probably a lot of people in Alexandria—just assumed that he had been named a (Living Legend) years ago. I hardly know where to begin in talking about his contributions,” Speck writes.

“As a councilor and mayor, he led the resolution of the Wilson Bridge reconstruction, zoning at Potomac Yards, bringing the Patent and Trademark Office to Alexandria, leading the capital funding of Samuel Tucker School, Beatley Library and renovations to virtually all of our recreation centers,” he continues. “At the risk of overstatement, there would be no PTO were it not for Kerry’s leadership. Regionally, his leadership at COG (Metropolitan Council of Governments) resulted in the creation of the Washington Area Housing Trust Fund, and he was recognized by COG with the Skull Award, the most prestigious regional award that is given to community leaders.”

For Donley, the biggest, best and most humbling achievement is his family.

“Any citizen, whether an elected official or not, you’re endowed with a responsibility to leave the community a better place because you lived there,” he says. “That’s why I volunteer, that’s why I sought elected office, that’s why my wife volunteers, that’s why my kids volunteer. They saw it growing up but they firmly believe there are things they can do to improve the lives of others. It’s a hallmark of Alexandria—a very engaged, compassionate city. You want to be part of the community? You get involved… You need to give of your time and treasure and that’s been the hallmark of our family’s life here in the city.”

The actions children see their parents taking as they’re growing up can be influential, Donley believes. “My wife and I always felt like we wanted to set a good example for our kids, give them the skills to make good decisions so when they reached adult life, they’d contribute to their community and make wise decisions about how they spend their time and how they live their lives. Our kids are very involved, very engaged, very giving. That’s a real important legacy.”

While Donley acknowledges most people associate him with economic development, given the USPTO relocation to Alexandria and the Woodrow Wilson Bridge project, it’s the tangible accomplishments he likes to reflect on. “Being part of building the first elementary school in 35 years, Samuel Tucker School; working to save 500 market-rate affordable housing units—those are the real highlights for me. It’s those things that are tangible and really have improved quality of life in the city… it’s the tangible stuff I find most rewarding. Obviously, and I’m sincere in this, but the most important aspect of my life has been my family. I’m extremely proud of my children and their accomplishments. My grandchildren, they’re just starting to grow up, and already they’ve had major challenges in life. My oldest grandchild is a brain cancer survivor…you think about being the mayor, you think about the stuff you’ve done, and then you’re faced with a challenge like that. Obviously it affected my daughter more than anything else, but when you see her through that, see how she’s met the challenge with grace and compassion and you see Jack, he’s a third grader now….you’d never know” he was sick.