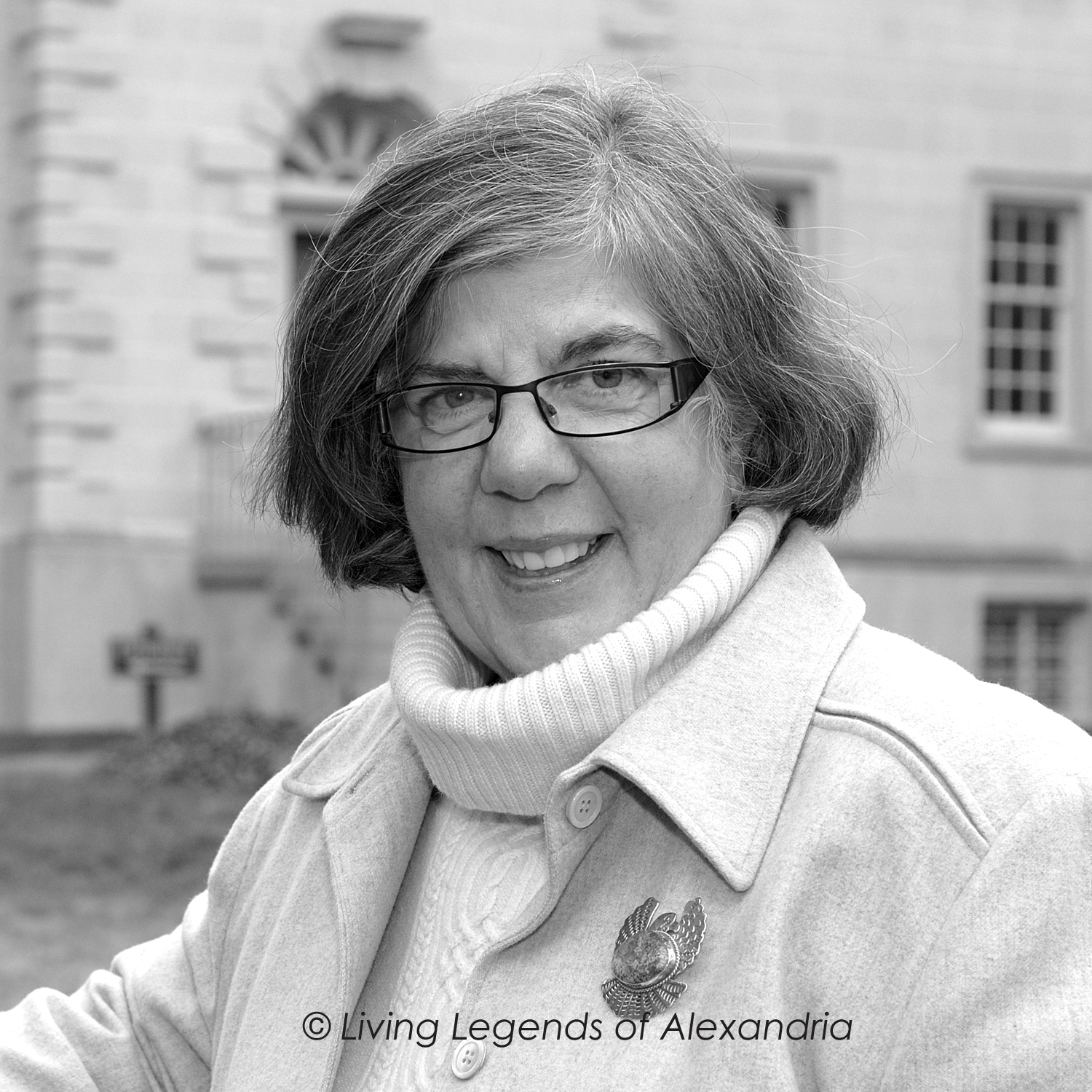 Kathleen Baker, performing artist and educator, is a star in Alexandria’s cultural constellation. In 1981 she created the role of “Mistress Kathleen, Humble Servant” to interpret Alexandria’s early history at Gadsby’s Tavern. She soon became a docent at Gadsby’s museum, performer at the Gadsby Tavern Restaurant’s Publick Table and artist-in-residence for the Office of Historic Alexandria. She inspired the creation of the 18th Century Fair, a major historical interpretation centered at the Carlyle House, Market Square and Gadsby’s Tavern Museum, devising much of the scenario and at the request of Museum Director Monta Lee Dakin, trained fellow volunteers in character interpretation.

Then mayor Jim Moran, hearing Baker’s performance in French for a 1988 visiting delegation from Caen, France, asked her to work with French teacher Shirley Greenwood to develop a Sister City relationship with the Normandy regional capital. Appointed to the new Alexandria-Caen Exchange Committee by Council, she chaired the group from 1990 to 1994 and accompanied Mayor Patsy Ticer to France for the signing of the twin city accords, her work entirely self-funded throughout her intercultural service.

More recently, Baker brought her love of music, history and children to the Alexandria City Public Schools. As a General/Vocal Music teacher she brought her relationship with Washington National Opera to George Mason Elementary School to support students creating eight original operas. Fourth grade students, with additional help from Alexandria Archaeology and the City Poet Laureate, created original operas to demonstrate their understanding of the American Revolution, the Civil War and Reconstruction. The children studied the Gladwin record, visited the excavations and conversed with archaeologists at Freedmen’s Cemetery site. First grade students created fantastical operas about “Books We Love.” Kindergarten students studied the life cycle of the butterfly and made “The Butterfly Opera” one year, and the next year, a water cycle opera, “Each Little Drop is Here to Stay.” Stories, text and music were the composition of the children themselves.

Baker is a National Board Certified Teacher in Early and Middle Childhood Music and is professionally licensed in Virginia in French, German and Vocal Music. She has been honored with Washington Post Grants and with National Endowment for the Humanities study Fellowships to Vienna, Austria in 2006 and to the Mississippi Delta in 2009 to study “the most southern place on earth.” She is the recipient of the Alexandria Chamber of Commerce ALEX Award for Cultural Contributions (1998), the Commission on Women Woman to Woman Award in Culture (1997), and the “Excellence in Education” Award (2007) sponsored by the Alexandria Education Partnership, a nonprofit working for the academic success of children by bringing together the Alexandria City Public Schools and the Alexandria community.