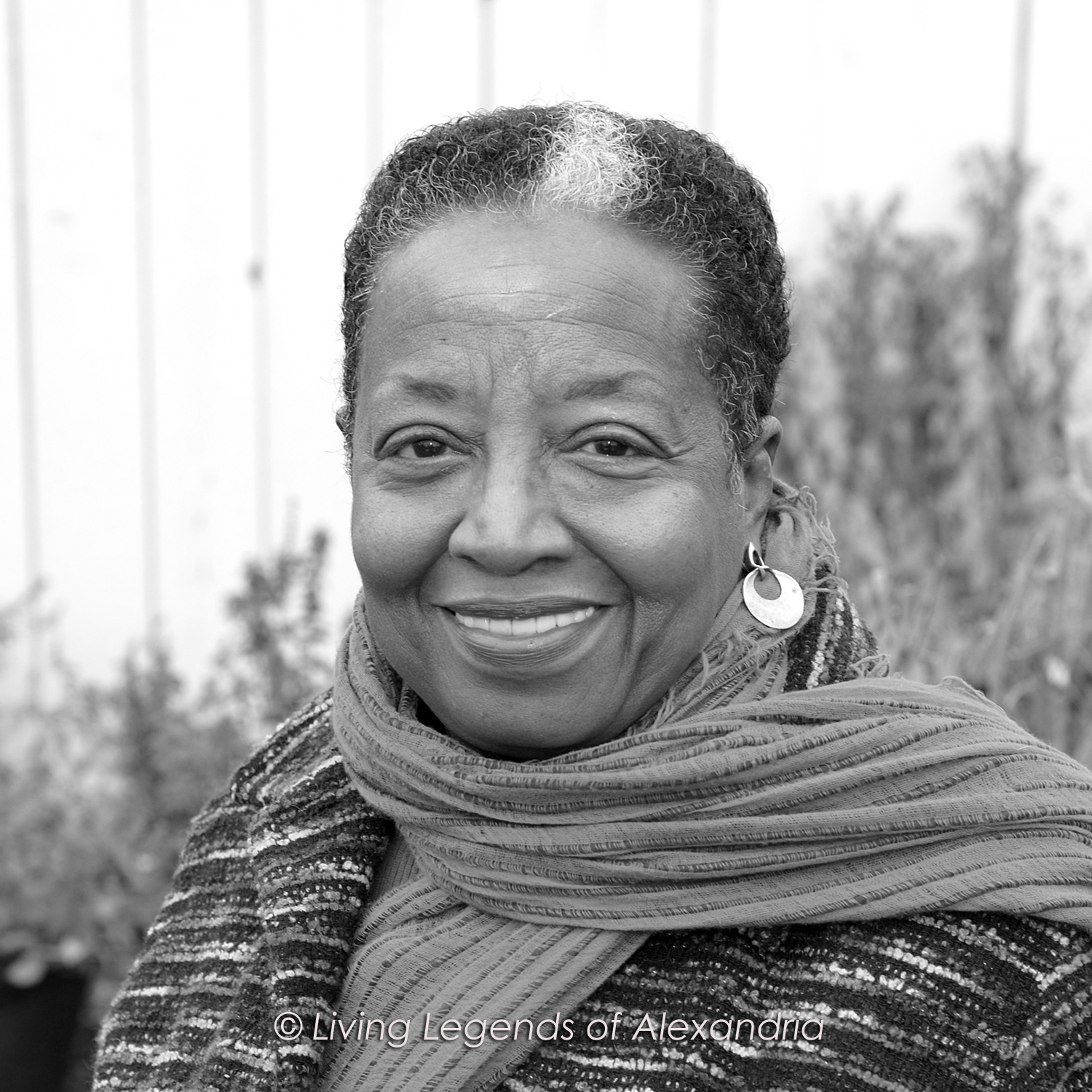 If it has to do with families in Alexandria, Joyce Rawlings was (and is) there!  Her volunteer and professional work has led to myriad parent, school and community initiatives and to her selection as a 2015 Living Legend of Alexandria.

Joyce Rawlings worked with former School Board member Susan Johnson and Mount Vernon Community School Parent Liaison Rosa Landeros to advocate for and create Alexandria’s Family Resource Learning Centers, the precursor of Family and Community Engagement (FACE) centers. The goal of the FACE is to provide opportunities and resources for students, families and community members to participate in activities relevant to the academic achievement of Alexandria City Public School (ACPS) students.

Taking on the role of Program Coordinator at the Montgomery Street FACE Center, Rawlings provided everything from tutoring to clothing. One of her projects was to create a garden with assistance from Shirley Harris and Marti Myers. Always looking for “teachable moments,” Rawlings had the children “throw some seeds” in the unmaintained back yard of the re-purposed public housing unit used as the youth center. The garden flourished and provided an opportunity to teach about health, nutrition and appreciation of a variety of cultures. This gardening program is now funded through a Healthy Families Alexandria grant.  Having always “planted seeds” to get important programs going in Alexandria, Rawlings continues the educational gardening as a volunteer at the Alexandria Black History Museum.

One of seven children (siblings: Bruce, Matthew, Wilson, Tenna, Doretta, and Marjorie), Rawlings was raised in Calvert County, Md. and in Washington, D.C., by Landous Beatrice Rawlings and Clarence Irby, grandparents Ashby and Sarah Rawlings, and by stepfather Clarence Smith.

Rawlings has three sons: Donnell who served six years in the Air Force and is now a well-known professional comedian/actor; Dwayne, a graduate of Brown University and Georgetown Law; and Dawud, an educator with Alexandria City Public Schools, a community advocate, mentor and entrepreneur.

Rawlings moved to Alexandria in 1978 and was embraced by and became deeply involved in the Lynhaven neighborhood. Several programs she helped implement are still in existence: the Parent Leadership Training Institute (PLTI) with Joyce Woodson, Fay Slotnick and Karen Parker-Thompson; Project Discovery (as a parent); and Jireh’s Place at Cora Kelly Recreation Center with her daughter-in-law Jireh’s Place is  a girl’s empowerment program that meets twice a month.  Among programs she was involved in that have not continued, are This Way House, a house for runaway teens; Families First which advocated on behalf of underserved special needs children and parents; the Youth Activities Program at Cora Kelly Recreation Center; and We Care, an initiative involving parents, children and faith communities to combat drug abuse.  She was also a licensed foster mother to eight children. In Washington, D.C., she was an elected member of the Head Start parent’s Policy Council with jurisdiction over 16 Head Start Centers.

In addition to being a PTA officer in two schools, Rawlings has served on Alexandria City Schools Strategic Planning Committee, Concerned Alexandria Parents, Cora Kelly and Mt. Vernon Recreation Center’s advisory groups and the White House Blueprint Committee for a Drug-Free America.  She is currently a member of the Cora Kelly Parent Advisory Group and the Children, Youth, and Families Collaboration Commission where she helped develop the City’s Youth Master Plan.

Rawlings has been the recipient of numerous awards including the Alexandria Commission for Women’s Salute to Women Adult Community Services Award (2014); Black Roots of Alexandria Community Leadership Award (2014) [Black Roots was established to give African American artists a showcase for their talents and to educate and encourage all ages of the community through the arts]; First Friday Women’s Ministry Group Black Girls Rock Community Service Award (2013); Departmental Progressive Club’s Outstanding Community Service Award (2010); Project Discovery Special Advisory Board Award for Advocacy on Behalf of Alexandria’s Youth (2003); Tenant and Workers Support Committee Community Activist of the Year (1998); Community Praise Center Church’s Certificate of Recognition of high standards of excellence in ministering to the community (1998); Economic Opportunities Commission’s Martha Miller Award for outstanding service and dedication to Alexandria’s low-income community (1987); Alexandria Park and Recreation Commission Recognition of dedication and effort in improving the quality of life in the City of Alexandria (1986); Optimist Club of Alexandria-Optimist International Law Enforcement Award; and the Alexandria Red Cross Award for tutorial volunteering.

Perhaps her favorite award was the Phenomenal Mother Award (2012) which included the quote, “Life is not about waiting for the storms to pass, it is about learning how to dance in the rain.” This award was presented to her by appreciative members of the community, many of whom lived in public housing or had low-income housing vouchers, and who wrote: “You have demonstrated a phenomenal faith throughout your journey.  Continue to dance in your storm while showing others how to dance in their storm.”

After several years working for the City’s jail (1979-1985), Rawlings became discouraged by high recidivism rates and determined that she wanted to focus on positive intervention at younger ages.  She spent the rest of her career helping children and families as a Family Service Supervisor for Alexandria Head Start; at an after-school program; as a counselor and program coordinator at Residential Youth Services; as a program aide to young mothers at Resource Mothers; as a parent educator workshop facilitator in a transitional housing program; and as a parent support group facilitator for SCAN of Northern Virginia.  Rawlings also served as aide to Vice Mayor Bill Cleveland when his aide Rosalind Bovey ran for Council.

Rawlings fondly remembers her work with Mrs. Eula Miller at Northern Virginia Community College on a higher education grant to help get young mothers into college in the late 1980’s.  She described her role as “door knocking with follow-up support.”  She would go to a young woman’s house, tell her it was “time to go to school and to get the baby ready,” then wait until finally the young woman complied.  Rawlings has kept in touch with many of the young women and knows about their career successes.

Rawlings sees her role in the community as being approachable for people of all races, cultures and faiths.  She described her work as tying knots in the rope to help people climb up and not fall too far back down when they slip.  Now she has gone from a “door knocker” to a teacher of others, trying to bring a new generation into community leadership.  She continues to plant seeds. She has more ideas for improving education and community relations in the City, but does not want to reveal her next project yet.  Her advice to others is, “You should never completely stop trying to contribute to your community.”