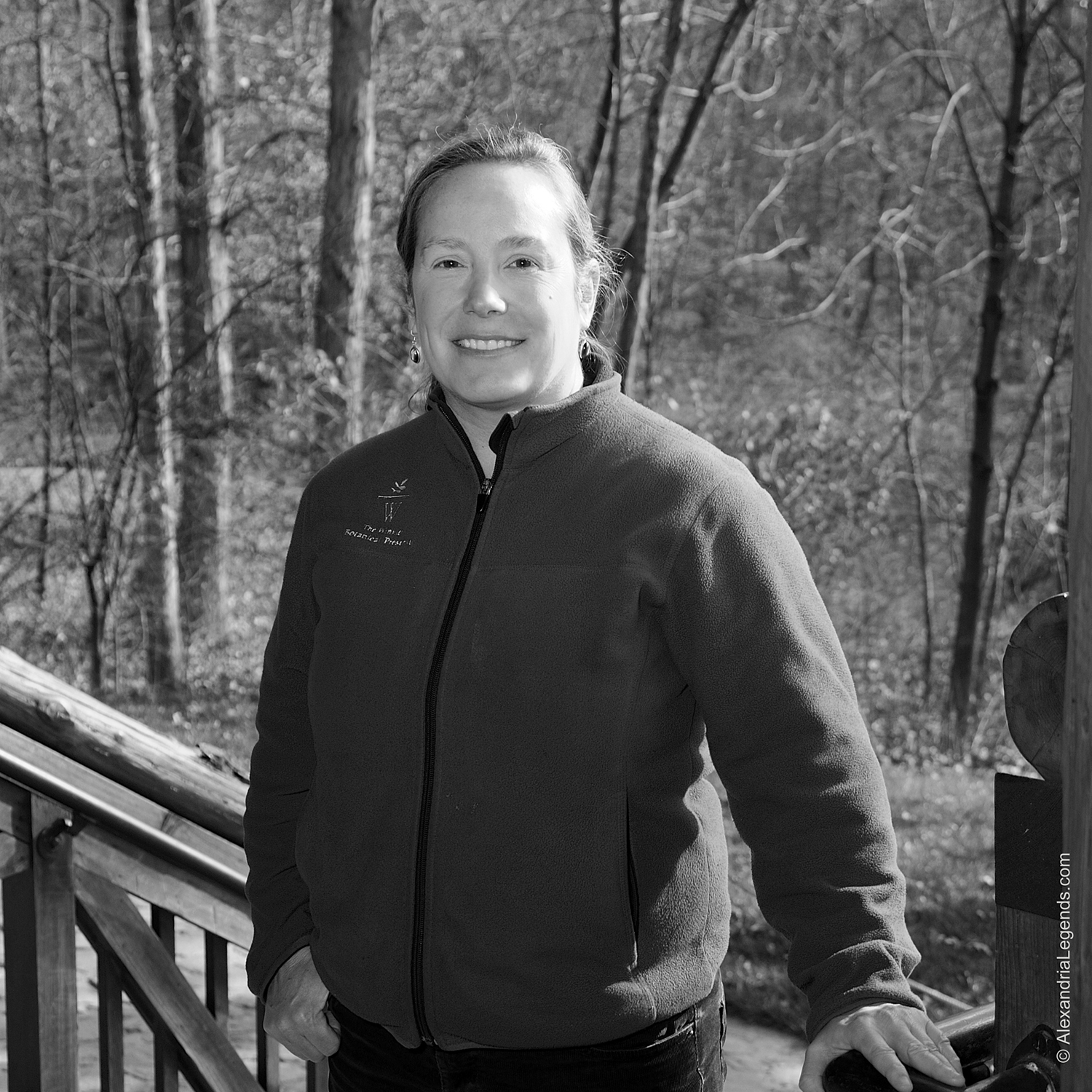 By her own account Jodie Smolik is a very fortunate woman.  She found her life’s passion early on and gets to wake up every day and go to a job she loves, introducing the children of Alexandria to an urban oasis and all its fascinating life.  The Winkler Botanical Preserve, nearly 45 acres of carefully cultivated native plants, bushes, trees and wildlife from foxes to osprey to hawks, is right in the heart of the city, just off I-395.

“Every day I have an encounter with wildlife, more encounters than I did on the 1,500-acre farm I grew up on.  This open space off the interstate is a sanctuary and it was worth saving,” she said.

Smolik’s role with Winkler has been two-fold.  At the Winkler family’s request, she came to work for them and started an all-encompassing education program in cooperation with the Alexandria City Public Schools (ACPS).  Every child in grades one through five in all 13 elementary schools, makes two field trips yearly to the preserve. Their 90-minute lessons are hands-on: digging for earthworms, studying habitat, plants, food chains and simple machines. Combining science, art, and fun is an important part of Smolik’s philosophy of education.  She shares that joy with the children. So it is no surprise that when the integrity of the preserve was threatened by highway construction in 2010, she led the charge along with supportive parents, teachers and children, to provide hard evidence that this was a place worth saving.

Smolik began her career in outdoor education at Maymont Park in Richmond running their nature program.  With her husband, George, she moved to Washington, D.C. to develop a year-round outdoor education program at Discovery Creek Children’s Museum, where the Winkler family found her and asked her to come to Alexandria as their executive director to create a similar program at the preserve. “I was amazed,” she said when she went to visit the preserve in late 1997. It was not only a beautiful spot, it provided much more space to do the kind of outdoor programs she wanted to do.  Beginning work in early 1998 overseeing the construction of the Catherine Lodge, joining forces with Dr. Herbert Berg, then Alexandria’s superintendent of schools, she opened in 1999 with school programs and a summer camp.

Then came 2010 and the effects of the 2005 Base Realignment and Closure Process (BRAC), which proposed  destroying about a third of the Preserve.

Nobody expected the children’s crusade that followed.  About one-quarter of comment cards sent to the Virginia Department of Transportation (VDOT) were from children.  Seventh graders at George Washington Middle School prepared an environmental assessment under their science teacher Mary Breslin. Todd Harris, a teenage Counselor in Training, created a Facebook page that attracted 2,000 followers. Children and parents came to the public hearing and Virginia DOT officials invited to tour the site were much impressed.  The citizens won:  Alexandria City Council proposed an alternative plan, leaving the Winkler Preserve intact.

The school program does not cost Alexandria taxpayers a dime.  The Winkler Foundation pays for it. Mark Winkler’s daughter Tori Thomas, a landscape architect by training who created the preserve, remains involved.  The teaching lodge was named after Mark Winkler’s widow, Catherine Winkler Herman, whose love of plants and the outdoors inspired her to donate the land and create the Preserve.

As for Smolik “my reward is to watch the children grow up.”  While the education program continues, the preserve is also open seven days a week except for holidays from 8:30 a.m. to 4 p.m., for the public to learn and enjoy.