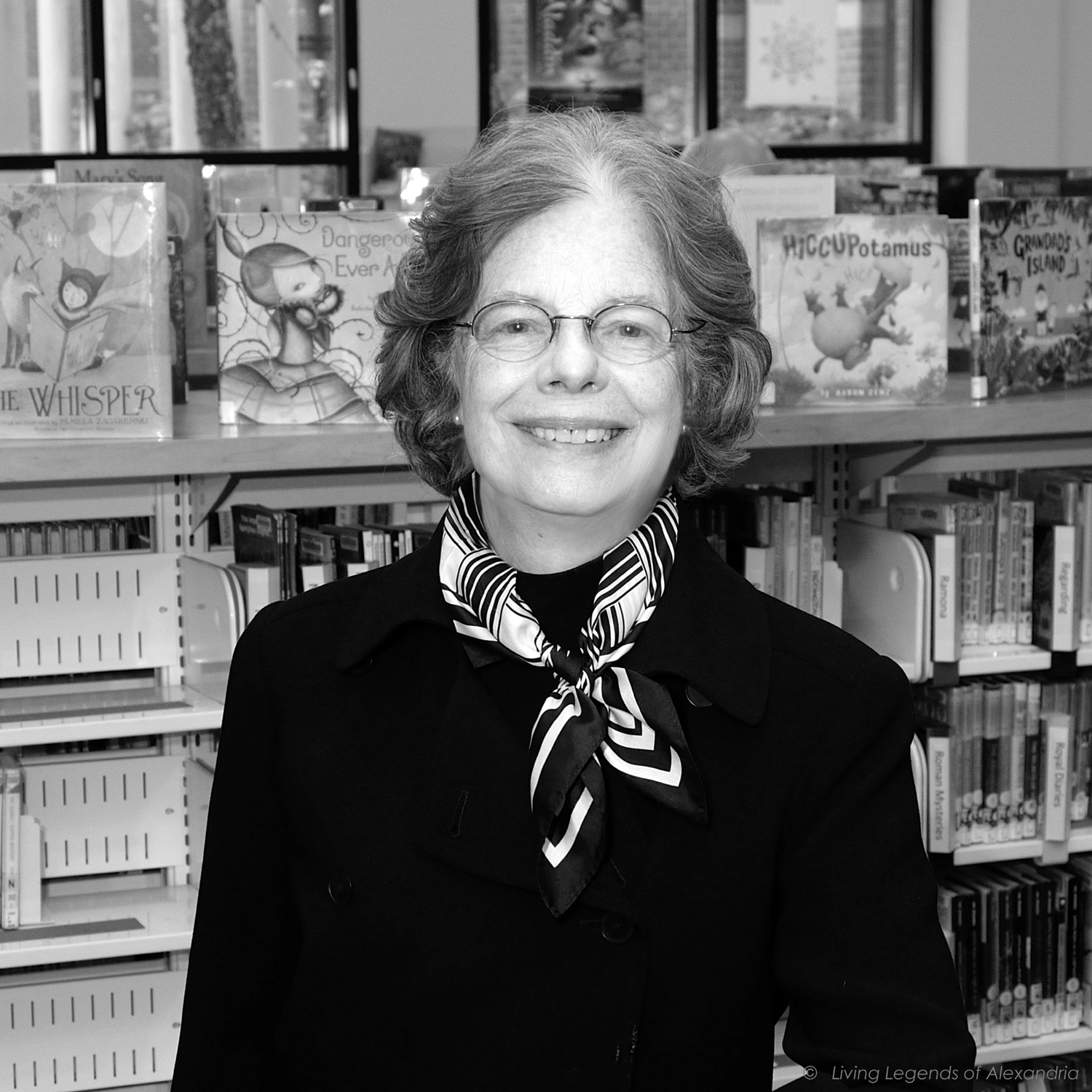 When Gwen Mullen went to sing in a friend’s wedding, the last thing she expected was to meet her own future husband. The conversation started when they both reached for jellybeans on a table near the stairs. She learned it was his hometown, they had a number of mutual friends, and they both were headed east – he for law school, she to teach.  She remembered the warmth and humor of her attractive new acquaintance, so when he came to visit a pair of their mutual friends at an apartment she shared in Cambridge, Massachusetts, the young music major from Minnesota quickly saw the value in pursuing the conversation.  This conversation became ongoing and part of a life’s adventure, characteristic of how Mullen came to become one of the most influential people in the City of Alexandria, one opportunity at a time.

Though she grew up in the Midwestern town of Austin, Minnesota, “home of the Hormel meat company,” Mullen has lived on the east coast for much of her life, punctuated by brief stays in Munich, Germany, and Evanston, Illinois, where she earned a master’s degree in music at Northwestern University. A conductor and longtime chorister, her studies eventually took her from her Alma Mater, Carleton College of Northfield, Minnesota, to Cambridge, Massachusetts, where she took a job at Wellesley Public Junior High School as a music teacher. In 1969, Mullen and her husband moved to Alexandria, Virginia, where they have lived ever since.

A busy mother of two children, Rebecca and Edward, Mullen worked in the music division of Time Life Books, which she deemed a “wonderful place to work,” for 13 years. However, when she one day asked herself, “What am I doing working with things when I’m a people person?”, she knew it was time for her to do “something else.” That opportunity came along when a friend told her she was leaving her post as executive director of the Scholarship Fund of Alexandria and suggested Mullen apply for the position. Though she knew it would be a challenge, she did not shy away, but instead threw herself into the work.

The Scholarship Fund, which provides a pathway to higher education for financially disadvantaged students, has been instrumental in assisting students to overcome the greatest obstacles to getting into college. Mullen served as the head of the organization from 1993 to 2001, working within the guidance department of Alexandria public high school T.C. Williams. While there, believing the ultimate goal must be college completion, she added the opportunity for those who received scholarships as seniors to apply for renewal scholarships.  She forged corporate partnerships with major companies, such as New Target, to create and maintain a website, and Comcast, to host a fall fundraising Telethon. Her efforts were also crucial to the institution’s financial wellbeing: under Mullen, the organization more than doubled the number of scholarships awarded to seniors (87 in 1994 to 189 in 2001), and almost tripled the number of scholarship dollars awarded, from $100,000 in 1993 to $288,000 in 2001.

Mullen’s nonprofit experience then led her to assume the role of executive director for Senior Services of Alexandria. She brought the organization to a greater place of financial solvency by initiating an annual gala fundraiser to honor a senior citizen – an event that still happens each year. She also worked with the Board to streamline Board practices to maximize its efficiency for the years to come.

Her experience at Senior Services sparked in her a desire to truly learn more about nonprofit management and, being an agent for change, Mullen enrolled in graduate school at George Mason University. Hearing via the grapevine that the pastor and members of the Old Presbyterian Meeting House, a historic church in Old Town Alexandria, were starting a tutoring program, Mullen served first as a consultant and took the helm as Alexandria Tutoring Consortium’s (ATC’s) Executive Director in 2006. During this time, she also earned a master’s in Public Administration with a concentration in Nonprofit Management, completed in January 2010.

Armed with the mission of helping every child in Alexandria City Public Schools learn to read by third grade, Mullen enabled ATC to secure multi-year funding for the organization through partnerships and grants. She also tripled the number of students ATC served per year– from 75 in 2005-06 to 220 in 2013-14. Notably, she also built up a program that in 2005-06 did not focus on kindergartners at all, but by 2013-14 had more than 100 kindergarteners participating! Mullen left the Tutoring Consortium in August of 2016 after securing 14 times the amount of ACPS funding than what was in place when she’d arrived at the organization– from $10,000 a year in sporadic grants, to a high of $140,000. She also oversaw the development of a website and a strategic plan that will guide the Board’s actions over the years to come.

Though she has retired from ATC, Mullen remains engaged with her community as a 2012 City Council-appointed member of the Children, Youth and Families Collaborative Commission.  The Commission was charged by City Council with developing a Children, Youth Master Plan to ensure “All of Alexandria’s Children and Youth (0-21) Succeed Today and Tomorrow.” Goals are for every child to be physically safe and healthy; academically successful and career ready; socially connected, emotionally secure and culturally competent; and for every family to be equipped and empowered to support the well-being of their children.  Mullen is currently co-chair of the implementation monitoring committee, which tracks and reports back to the Commission progress of the City, Schools Staff Work Group, which is overseeing the implementation of the master plan. A multi-year effort already, she is excited to see its impact on Alexandria’s children, youth and families as this citywide initiative takes hold.

Mullen’s decades of effort and dedication to making education and services accessible to those who most need it has made Alexandria a better place. However, when asked what she might have done had she never come to Alexandria– most specifically, if she’d stayed in the Midwest– Mullen’s reply was as pragmatic as it was heartening.

“I think I would have just looked to see what the greatest need was in my community, and started there,” she said. “That’s what I’ve tried to do here, and what I would probably have tried to do no matter where I’d ended up.”

This attitude has consistently been reflected through Mullen’s work ethic and innovative methods of service. The City of Alexandria is better off for having this Living Legend in its midst.