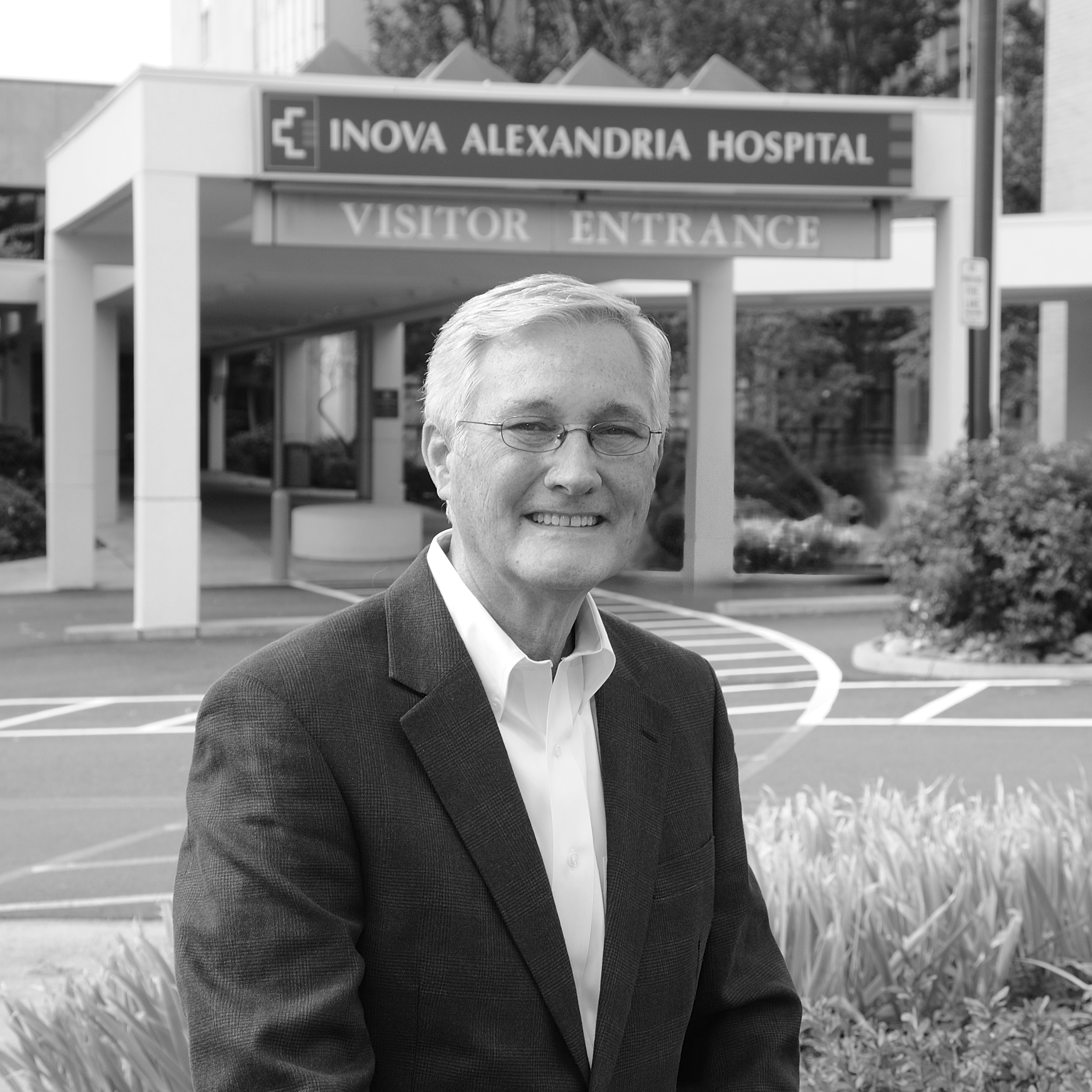 “Service to others is the rent you pay for your room here on earth.” Gregory L. “Gregg” Murphy carries that quote in his wallet as a constant inspiration.

Born at Scott AFB, Illinois, on July 6, 1947, Murphy lives in Alexandria with his wife Monica (Jaramillo) Murphy. After graduating from Stanford University in 1969 and the University of Virginia Law School in 1972, Murphy clerked with Judges Albert V. Bryan, Jr. and Sr., then opened his own law firm in Alexandria from 1974­-1999. He then became a partner with Vorys, Sater, Seymour and Pease.

Murphy’s service legacy combines the legal and medical communities. It began in 1982, a year after his father, Dr. Christopher Murphy, passed away, and Murphy was asked to serve on the Alexandria Hospital’s Professional Service Committee. He quickly moved from committee member to chairman to ultimately the chairman of the hospital board from 1992-­1995. Murphy invited doctors to join the board, which improved information cross ­flow and forged working relationships among the board, the medical staff and the administration. As a result, the board received a near perfect satisfaction rating by the medical staff. To gain insight and stay abreast of the evolving healthcare trends during a nationwide reform of healthcare delivery management, Murphy took groups of physician leaders, board members and administration officers to visit the nation’s top healthcare systems to learn from their best practices. This led to better financial accountability and spawned improved quality assurance measures throughout the hospital. As a result, in 1996 Murphy received the Julia Johns Award of Distinction, the hospital’s highest honor.

Murphy also led the merger of Alexandria Hospital into the INOVA Healthcare System. He served on its parent board from 1998­-2008 with five other Alexandria Hospital Board members and worked on strategic alliances across northern Virginia. This merger gave Alexandria Hospital the financial stability to fund a new cancer center, a cardiac rehabilitation facility, and an $80 million expansion of the out-­patient surgery center and the Emergency Department which now serves nearly double the 50,000 patients it accommodated annually in the 1990s.

As a new member of the Alexandria Bar Association, Murphy led the upgrade and accessibility of the city’s law library and organized its lawyer referral service. He has provided pro bono legal counsel to T.C. Williams’ crew and to the City’s Women’s Commission, especially to its rape crisis center to counsel victims as witnesses in the criminal prosecutions that ensued. He prosecuted the first spousal abuse case in Alexandria, bringing in national expert witness Lenore Walker, who first coined the term “battered wife syndrome.” “There is no refuge,” Murphy said of the abuse survivors. “They need outside support to help them break that cycle [of abuse].”

Murphy has also served on the Board of Senior Services of Alexandria (SSA) for six years and is the current board chair. Under his leadership, according to executive director Mary Lee Anderson, SSA launched the Friendly Visitor program by partnering volunteers with home bound seniors for weekly visits. He has also supported the new “Senior Living in Alexandria” cable television show that airs with each Speaker Series program. Murphy and his daughter Ana, 12, also volunteer with SSA’s Meals on Wheels program.

Even his family time is service focused. Three years ago Murphy returned to his love of coaching youth basketball at MacArthur Elementary School, as he did for his children Connelly, Colin and Gaby. Now, 25 years later, he coaches Ana and her teammates. Murphy relies on quotes to stay inspired and keep his sense of humor. Another favorite of his reads, “Charity covers a multitude of sins.”