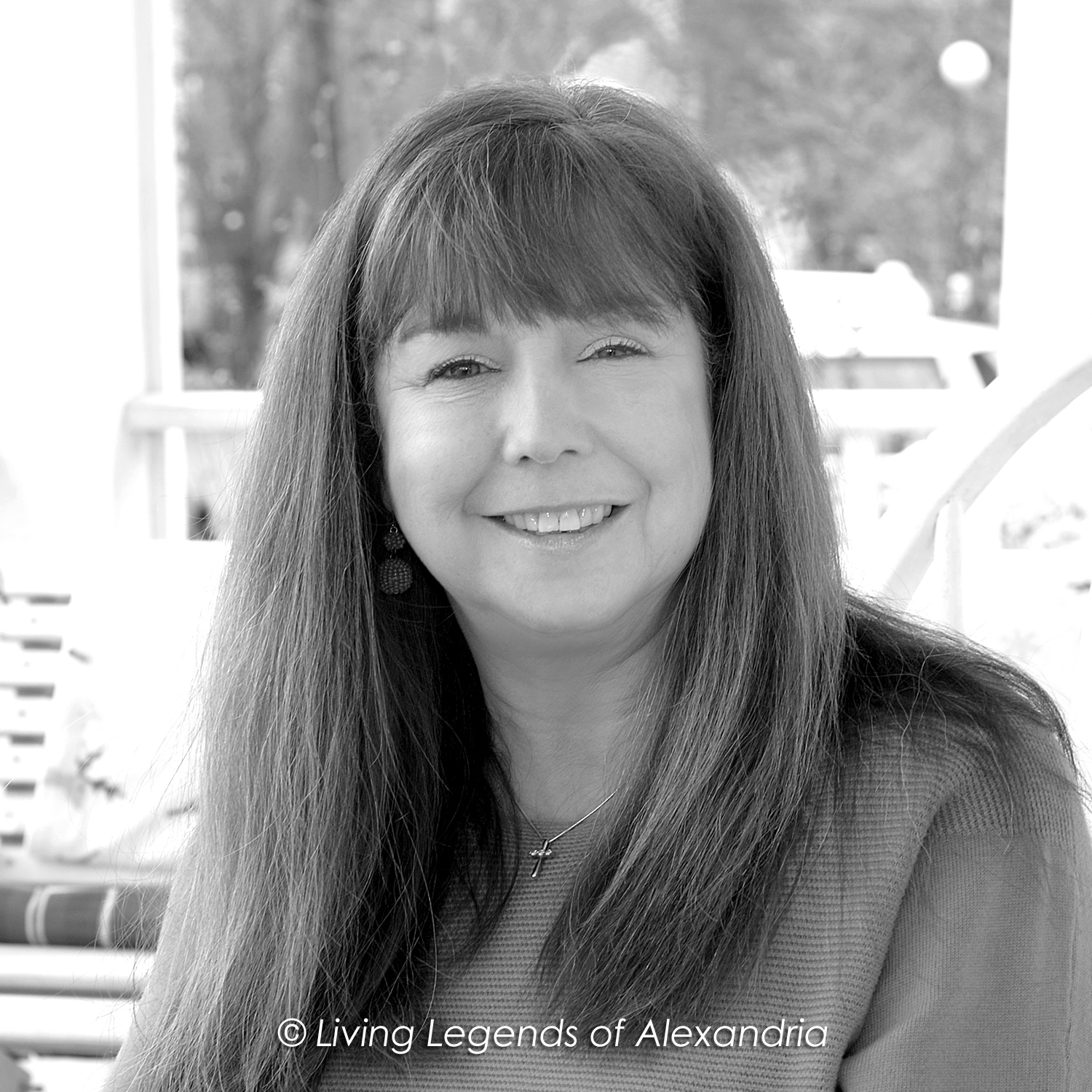 You won’t go far in Alexandria’s Del Ray neighborhood before seeing signs of Gayle Reuter. If it’s a rare quiet day, you might see her on her front porch just off “The Avenue” or at a local restaurant or business – always with a smile and a friendly greeting. More likely you will see her working, always managing to make a difference in the wonderful neighborhood she helped create. If it’s one of the many great events in Del Ray, it’s guaranteed that Reuter is one of the volunteers at the helm. With a walkie talkie in hand or in (friend, neighbor and local Realtor) Jen Walker’s electric car, she manages volunteers, sets up tables and tents, hangs signs, wrangles dignitaries, hauls trash and whatever else needs to be done. She’s involved in all the advance work, one of the first to arrive for set up and the last to leave.

Born in Montgomery, Ala. as the daughter of an Air Force Officer, Reuter had the opportunity to experience many geographic areas. After living in Montgomery, Chicago and Paris to name a few, her father eventually ended up stationed at Andrew’s Air Force base in Prince George’s County, Md. where she received most of her schooling. With the exception of Kirksville, Mo. where she earned a BS in Law Enforcement at Truman State University, Reuter has been living in the Washington, D.C. area ever since.

Her search for a small town atmosphere eventually drew Reuter and her husband to the Del Ray neighborhood of Alexandria in 1983. She quickly met friends and neighbors and knew that she had found her home. It was in Del Ray where Reuter started her family, welcoming her two daughters, Mary and Polly. Seeing the potential in Del Ray, Reuter immediately began working with other residents to revitalize the neighborhood.

In 1991, Reuter and other neighbors decided to put on The Del Ray Block Party to celebrate the revitalization efforts along Mount Vernon Avenue. Reuter went door to door to (some quite rough) businesses and solicited donations. After three successful years under her leadership, The Del Ray Block Party became today’s Art on the Avenue – a regional, multicultural arts and music festival attracting over 50,000 people to Del Ray each year. Now in its 20th year, Reuter is still a huge part of the event, one of the principal organizers, recruiting sponsors and volunteers and helping manage the event from start to finish. Only a few years after Art on the Avenue began, a neighbor suggested a children’s Halloween parade, Reuter asked what he had in mind and immediately started to plan the event. Since its inception in 1997, Reuter has been the Chairperson or Co-Chairperson for every Del Ray Halloween Parade. A neighborhood favorite for children and adults alike, the annual event draws over 10,000 people from all over the area.

Reuter has served on the board of the Del Ray Business Association (DRBA – Formerly Potomac West Business Alliance) since 1991, chairing their events committee. Under her leadership the DRBA produces numerous events each year including the Taste of Del Ray (highlighting local restaurants and benefitting a different charity each year) and the Turkey Trot (five-mile run on Thanksgiving morning with over 5000 participants). She is also instrumental in the themed First Thursday festivals each summer month which support local businesses and charities. Reuter manages to get Santa to the Del Ray Christmas tree lighting ceremony and helps line Mount Vernon Avenue with luminaries in honor of Nancy Dunning, a lost friend. Through these events she has created wonderful experiences and memories for the residents and families of Del Ray, including her own. Reuter’s own adult daughters, remembering back to its beginning, still consider Art on the Avenue one of their favorite days and participate with the next generation of volunteers, Gayle’s granddaughter Kali.

Where there is a need, you will find Reuter. That constant willingness to help others is a major contributing factor to why she is so well known throughout Del Ray and so extremely well thought of. In 2002 when her landlord wanted to sell the house she rented, Reuter needed to take classes through the City of Alexandria to qualify to purchase it. When the classes weren’t going to be done before the landlord wanted to sell, Reuter’s friend and neighbor Jack Taylor purchased the home so she and her daughters could stay in it while she finished the class and was then able to buy it from Taylor. Shortly after she bought the house, knowing it needed a new roof, her local friends, neighbors and businesses collected funds and arranged to surprise her with a new roof. Everyone is willing to help the woman who always finds time to help everyone else. Even today, the front porch of that home is the epicenter of Del Ray – the place where donations are dropped off for the latest cause, flyers picked up for the next event or supplies are stashed for celebrations on Mount Vernon Avenue. Reuter’s relationships in the neighborhood exemplify the small town atmosphere she was looking for and helped foster in Del Ray.

Reaching even beyond Del Ray, Reuter’s generosity seems to have no limits. She has volunteered with Community Partners for Children for several years, collecting and distributing school supplies and holiday toys to needy families and with ALIVE!, distributing food and furniture to those in need. In the early 1990s, she served as the Executive Director of Christmas in April (Now Rebuilding Alexandria) assisting Alexandrians in need of help with the upkeep on their homes. She has served on the boards of the King Street Metro Enterprise Team (KSMET), Alexandria Convention and Visitors Association, the Del Ray Citizens Association and Alexandria’s Therapeutic Recreation Advisory Board.

Not venturing far from serving her community in her professional career, Reuter worked for Alexandria City Council member David Speck from 1991 – 1993 and U.S. Congressman Jim Moran from 1996 to his retirement in 2014. On Saturday mornings you’ll find her selling produce for one of the local farmers at Del Ray’s Farmer’s Market and as the market closes each week, she loads produce donated by the farmers into her car and delivers it to Alexandria’s Battered Women’s Shelter.

Beyond Reuter’s endless commitment and contributions to the community, she does it all with grace. No matter how many hours, days or weeks she puts into an event, she manages to make every volunteer feel it was their contribution that was key to the event’s success.

A pillar of Del Ray, Reuter’s vision and dedication helped create the wonderful neighborhood Del Ray has become. Webster’s Dictionary defines a legend as a person who is known for doing something extremely well. Reuter does it all not only extremely well but with kindness and a caring attitude – truly making her a Living Legend of Alexandria.