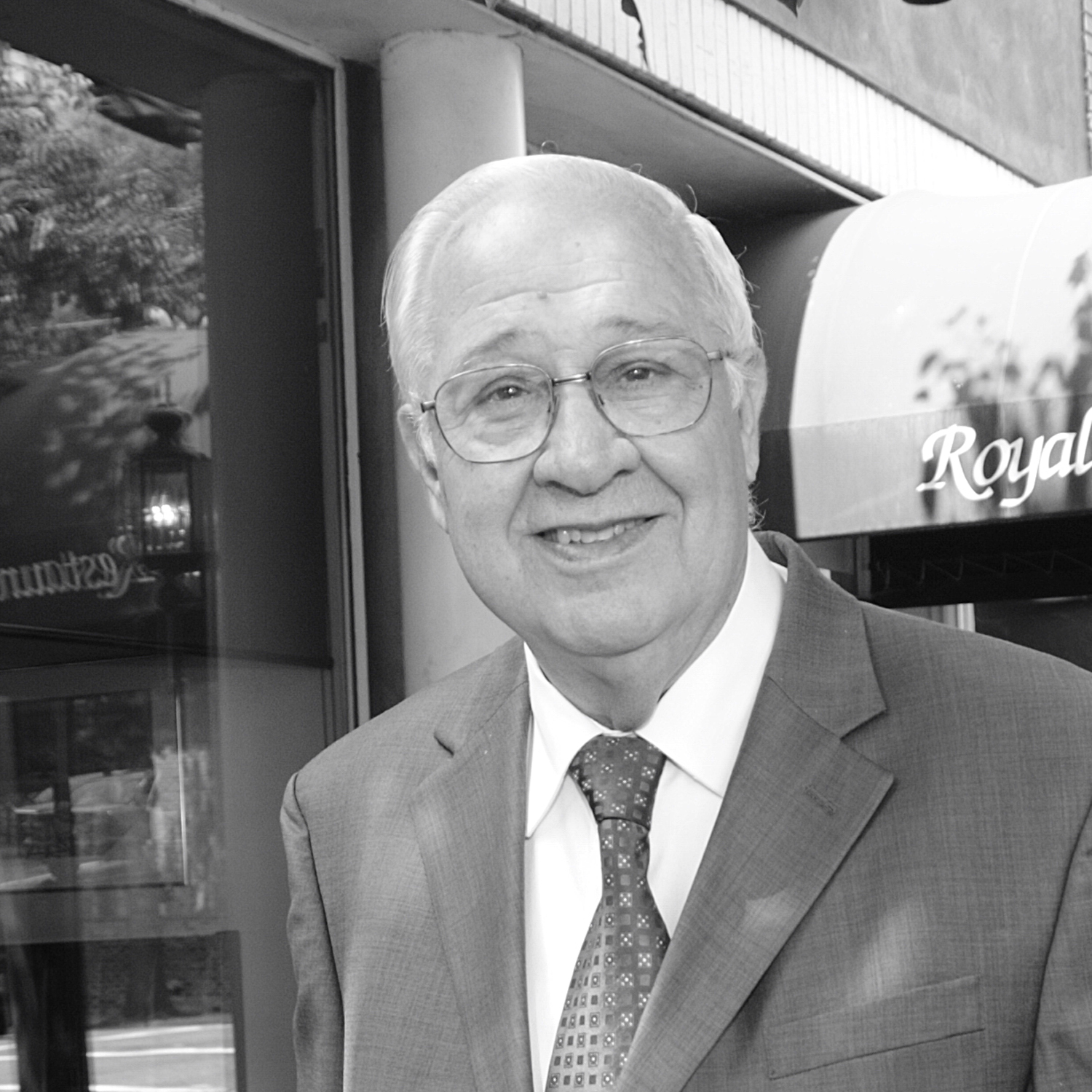 As a young boy, Charlie Euripides immigrated to the United States from Cyprus, Greece. He served in the U.S. Navy during the Korean War then returned to Alexandria to work for his uncle at The Royal Restaurant. Since assuming ownership, he has focused his time and efforts in support of veterans organizations and provided employment and guidance to young immigrants to help them achieve their dream of American citizenship.

As a young boy growing up in Cyprus, Charlie Euripides dreamed of one day coming to America. He worked diligently in school, studying Latin, French and English along with mathematics and history. While still a teenager, he left his family behind and immigrated to the U.S. to begin a new life.

“It was my lifetime ambition to come to the United States,” said Euripides, who arrived in 1951. “I had been told the schools here were good so I knew whatever future I had would be here.”

“Here” was Alexandria, where Euripides joined an uncle who owned a small restaurant at the corner of King and Royal streets. Euripides put in long hours at the restaurant while taking citizenship classes at the former George Washington High School in Del Ray and studying engineering at George Washington University in D.C.

In 1954, with his adopted country in the midst of the Korean War, Euripides enlisted in the U.S. Navy. He served two years aboard the Battleship New Jersey in the Gunnery Division followed by two years with the 6th Fleet aboard the Flagship Salem. Euripides was part of the special services unit where he translated messages from the Greek Coast Guard, Navy and Air Force.  He translated everything from high level messages from the Greek Government to notifications about World War II mines still floating in the Mediterranean.

“The Russians followed us everywhere,” Euripides said of his time in the Mediterranean. “They had camouflaged fishing boats with antennas disguised as clotheslines but that never really fooled anyone.”

Following his military service, Euripides returned to Alexandria where he had a decision to make.

“I wanted to return to school but my uncle was getting older and could no longer work full time,” Euripides recalled. “While I was in the service he had begun to think about selling the restaurant. It was a difficult choice but in the end I decided to stay and help my uncle.”

Known at the time as The Royal Café, Euripides eventually took over the restaurant, which was popular with local politicians, law enforcement personnel and judges.

“We always had a free cup of coffee or cold drink waiting for the officers before they began their shifts,” Euripides said.

In 1964, as Urban Renewal swept the city, Euripides was forced to vacate the location where the restaurant had stood since 1904.

“The city would not even let us take the restaurant equipment out of the building before bulldozing it,” Euripides sadly recalled. “I still remember seeing my uncle standing across the street with tears streaming down his face as he watched the building come down.”

According to the restaurant’s website, Euripides and his uncle were “undaunted by the uncompensated taking of their prime location” and in 1965 moved “The Royal” to its present location on North St. Asaph Street.  Euripides, by now married and raising a family, was determined that the new Royal Restaurant would be a success.

“This was our only income,” Euripides said. “I couldn’t let my uncle or my employees down.”

Some of those employees included young immigrants Euripides was introduced to through St. Katherine’s Greek Orthodox Church.

As an immigrant himself, Euripides understood the difficulties faced by young immigrants today. He and his wife Barbara prior to her death in 2001 provided jobs and mentoring to immigrants looking to become American citizens. In that regard, Euripides helped sponsor many T.C. Williams High School students in their quest for American citizenship.

“Barbara and I wanted to help these young people as best we could,” Euripides recalled. “I provided them with jobs, tutored them on the basics of government and sponsored them for citizenship.”

At the same time, Euripides had become involved with the American Legion Post 24 in Old Town. He first joined the Legion in 1958 and saw how some World War I and WWII veterans were struggling to survive.

“I remember one past Legion Commander who could not afford to get a prescription filled,” said Euripides, who did not want to identify any of the veterans by name. “I couldn’t believe it. These guys were outside our own door, out on our own streets so I tried to do whatever I could to help.”

That help came primarily in the way of food. Euripides provided countless meals for the veterans and even hosted an open Thanksgiving Day meal for veterans who had no place else to go.

“I wasn’t sure what to expect,” Euripides said. “These were very proud men. But we had more than 50 veterans show up that night.”

For the past 60 years, Euripides has donated his time and resources to many of the programs of the American Legion as well as other military and veteran-focused initiatives.

“Whenever we needed anything, Charlie was there,” said 92-year-old Col. Kim Ching, a past Post 24 Commander who served in WWII, Korea and Vietnam. “Even though there are more resources available for today’s veterans, Charlie is still as generous as he was before support for veterans became common.”

In addition to his continuing work with veterans, Euripides has supported many nonprofit and social service organizations such as The Salvation Army, Del Ray Artisans and the Alexandria Police Foundation with substantial financial and in-kind donations of food and catering services.

“Kind and generous don’t go far enough in describing Charlie,” said DRA vice president John Bordner. “If you ask him to maybe provide a side dish for a fundraising event, he and his staff would roll in with a spread for 100 people. At first I hesitated to ask for his help but then I would see the absolute joy and pride in his eyes in helping you create a beautiful and memorable evening for everyone.”

Among his many recognitions and awards, Euripides was presented with the prestigious Distinguished Patriot Award at the Alexandria Chamber of Commerce 2016 Salute to Veterans reception.

At 85 years old, Euripides still greets customers at the restaurant. His younger brother Richard is the chef, having joined Euripides as a refugee when Turkey invaded Cyprus in 1974.

In an era when the life span of a successful, independently-owned restaurant is five years, the Royal Restaurant has been going strong for 114 years and continues to be a popular gathering spot for locals.

Euripides, a widower and father of three sons, has served countless politicians and celebrities over the years, including Gerald Ford, Bob Hope, Sammy Davis Jr. and Elizabeth Taylor. But he has never forgotten his community, tirelessly providing generous support to hundreds of local charities, always saying “I wish I could do more.”