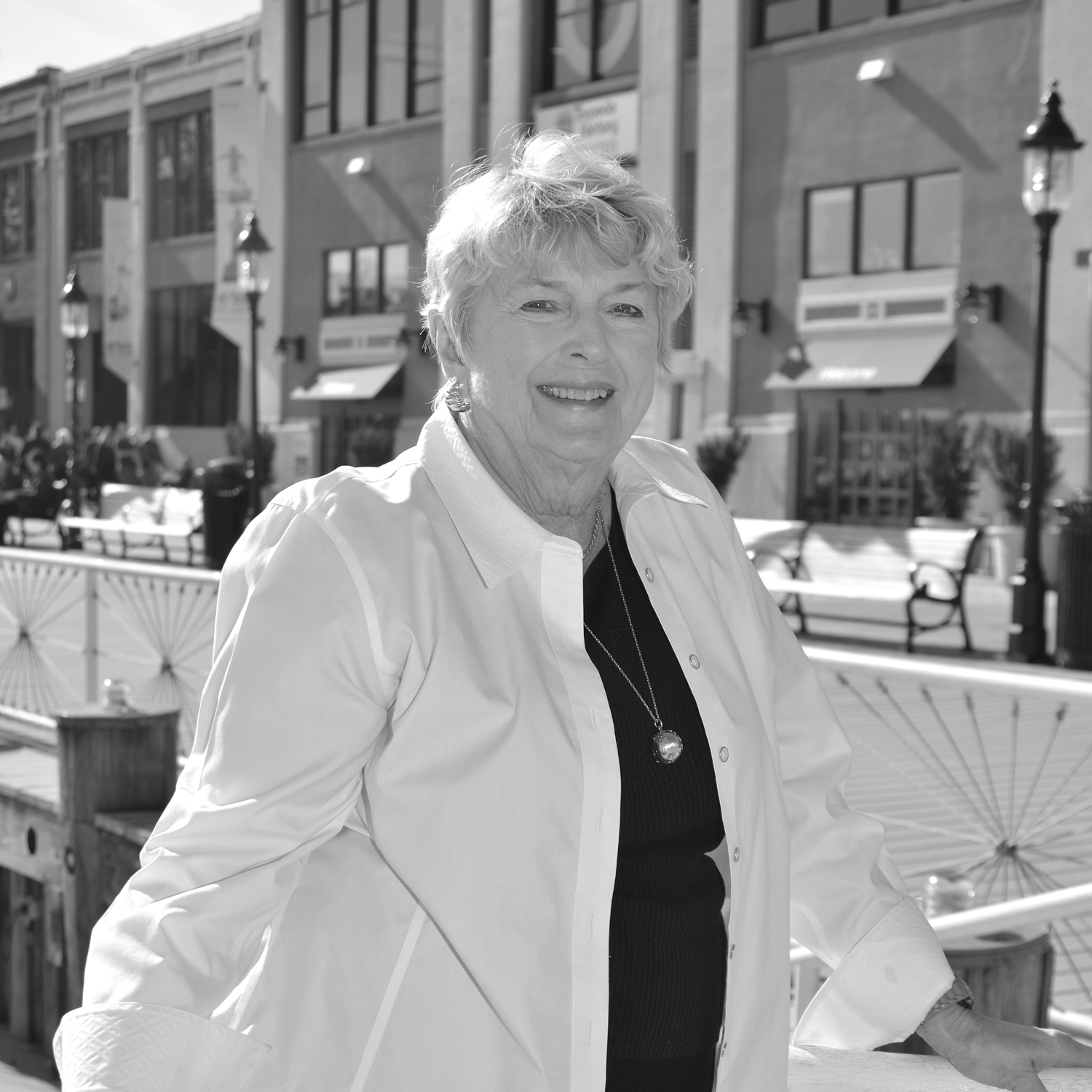 Elizabeth “Betsy” Anderson was nominated as an Alexandria Living Legend by three leading Alexandria arts organizations upon which she has had a significant impact.  They were recognizing not just her talent as an artist but her dedication to nurturing the arts and artists in the community. The mission statement of one, The Art League, recognizes that nurturing the artist enriches the community.  It is not surprising that the League joined the Torpedo Factory Artists’ Association and the Torpedo Factory Art Center Board to nominate Anderson for Living Legends because the vision of the League’s mission statement also guides Anderson’s professional and volunteer life.

Born in Baltimore, Maryland, Elizabeth Anne Midlam grew up traveling the world as the daughter of a father in the oil business.  At 12, she began developing an interest in art.  She continued it while attending Sophia Newcomb College – Tulane University for three years before graduating from Wright State University with a Bachelors of Fine Arts and a Minor in Art History.  She married Edwin M. Anderson and as an Air Force wife combined her painting career, working at home during this period of her life, with raising Betsy Malone, E. West Anderson and Allison Hughes.

Betsy Anderson discovered Alexandria when she took advantage of the League’s opening membership to residents outside Virginia.  The couple chose to retire in the Alexandria area in part due to her involvement in the League.  The Art League, Inc. is a 501(c) (3) charitable and educational nonprofit organization founded in 1954. It is a multifaceted visual arts organization that meets its mission through activities on which Anderson quickly put her stamp as Assistant Executive Director beginning in 1980.  Among her accomplishments, she designed the bookkeeping system still used today and responded to the need for a place for members to purchase art supplies by founding the Art Supply Store, which thrives today.  She left the position in 1988 to concentrate on her career as an artist, taking a studio at the Torpedo Factory Art Center.  In 1996 she was recruited to join the League’s Board of Directors in 1996 and has served as President 11 times.  She strengthened the League’s role in the community and established the League’s Development Department and Community Outreach Program.

The Torpedo Factory Artists’ Association (TFAA) is a community of more than 200 artists dedicated to creating and exhibiting art and fine crafts in open studio settings and galleries. Members work in a variety of visual media and many  work on site at the Factory.  Anderson joined the TFAA in 1980 and served as Vice President and later, Treasurer, when she established its bookkeeping practices and other systems to assure fiscal responsibility.

In 2011 when City Council formed the Torpedo Factory Art Center Board (TFASCB) to be responsible for the management and operational oversight of the Torpedo Factory Art Center she was appointed by Alexandria City Council as a member representing the League and served as TFASCB’s Vice President She was appointed by City Council to the Alexandria Commission for the Arts, representing the visual arts, and served six years, including two as Vice Chair.

Simultaneously with these demanding duties, Anderson has sustained an impressive career as a painter with numerous one-woman and group shows.  Her works are represented in private and corporate collections nationally and internationally.  This talented artist lives her vision nurturing the arts and artists who enrich Alexandria.