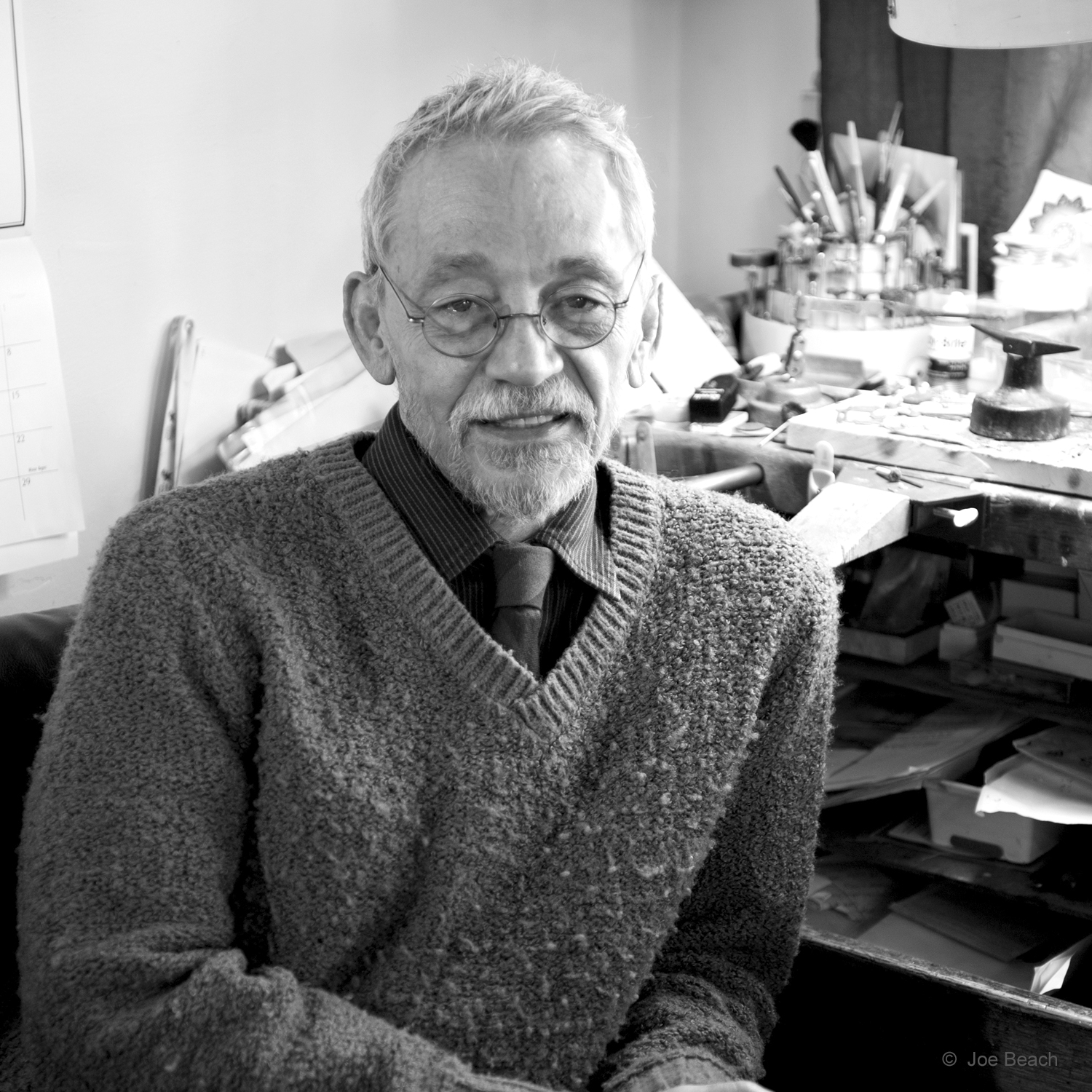 David M. Martin moved to from Delaware to Alexandria in 1981, intrigued by the quality of life along the Potomac. In his bags were the beginnings of an artistic career in jewelry design. He also brought with him a strong interest in helping the people around him.

When Martin established his jewelry design studio, Gold Works, on upper King Street, he didn’t know he would become a political activist.

“I am not going to fight you, but I am not going to go away.” These were the words Martin said to members of the Alexandria political hierarchy as he strove for recognition of the new shops, including his own, springing up on upper King Street during the early 1990‘s.

Lower King Street had for years received major attention from the Alexandria government. A business locator map, distributed by the then Alexandria Tourist Bureau, stopped at Route One.  For the holidays, lower King Street had decorated light posts, sparkling lights strung through the tree branches, parades and more. The attention stopped at Route One. The enterprises on King Street between there and the George Washington Masonic Temple felt neglected.

Martin had lobbied Alexandria officials for over a year before the city’s first, trial installation of banners on King Street in July 2004.  A joint effort with KSMET and the Old Town Business Association (OTBA) the banners helped transform King Street into a more attractive, friendly and vital main street. (KSMET and OTBA later merged and became the Old Town Business and Professional Association, (OTBPA).

Martin has brought his artistic, entrepreneurial and political skills to many Alexandria organizations. He serves on the Alexandria Chamber of Commerce’s Government Relations Committee and on the board of directors of OTBPA, of which he was president in 2005. For the past four years he has served on the Alexandria Commission of the Arts, recently evaluating applications for the position of Alexandria’s poet laureate. He is also a board member of the King Street Garden Park Foundation.

Martin donated the design of the “Alex” Award, a bronze star bestowed by the Alexandria Commission for the Arts on those who have made superior contributions to the arts. For the past two years, he has donated the presentation stars for the awardees. He also designed and shared the cost of producing the medallion worn by Alexandria’s mayor on ceremonial occasions.

His jewelry designs have won first place in competitions in Delaware and in local competitions sponsored by the Washington Guild of Goldsmiths. His creative talents have found occasional other outlets. In 1981 he was invited to design and build the Zwaanendael Heritage Society float for the parade celebrating the 350th anniversary of the founding of Lewes, Delaware.

Serving in the Air Force during the Vietnam War years, Martin worked as a registered clinical laboratory technologist at Andrews Air Force Base and at Homestead Air Force Base. He attributes this highly detailed medical work to teaching him the necessity and beauty of precision. When he left the service to continue his education, he had attained the rank of staff sergeant.

Martin earned an associate degree in art from Miami Dade Junior College and later trained in jewelry design and manufacturing. In Iowa he learned computerized design. He studied at the Gemological Institute of America, and eventually taught casting and jewelry fabrication.

Another side of Martin is working with people who have been struck with misfortune, whether illness or drug dependency, helping them to reintegrate into the community. He prepared for this work by training in drug counseling with the Washington Area Council on Alcoholism and Drug Abuse. He has facilitated programs for New You, a project sponsored by United Community Ministries and is currently active with the Mankind Project of the Greater Washington Area.