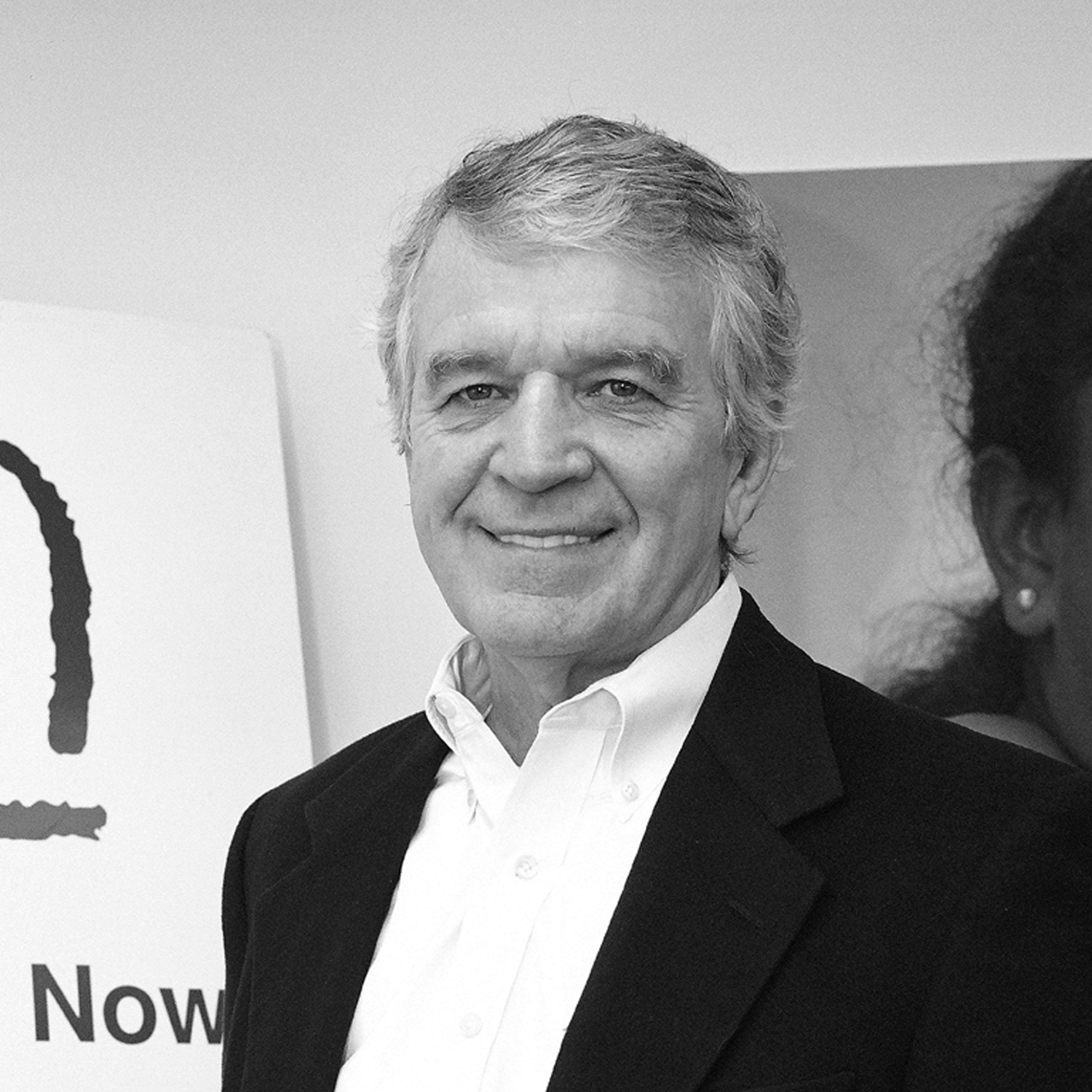 David Cleary grew up in Illinois, the youngest of 10 children, in a family that always discussed politics at the dinner table. Born in 1941, he graduated from Notre Dame with a degree in chemical engineering and went on to earn a master’s degree in the same subject from Iowa State. He ended up in management at 3M in charge of acquisitions and mergers. While living in St. Paul, he was elected to the Minnesota legislature, where he saw a parade of bills that convinced him that if children were raised in a normal, nurturing environment, the prisons would be half empty. He also became a volunteer working with handicapped children.

Cleary came to the DC area in the 1970s, when he was named a White House Fellow. He and his wife lived in Alexandria and liked it, and he decided to stay and go into business for himself, founding Cleary & Oxford Associates in 1978. The company arranges acquisition and mergers, numbering among its clients larger medical device companies such as Johnson & Johnson, Medtronic, Kimberly Clarke and other companies that sell medical products.

In 1987, when Cleary was appointed to the Board of Directors of Prevent Child Abuse Virginia, there was no equivalent organization in Northern Virginia. Cleary set out to fill the gap.

By 1988, he had founded SCAN: Stop Child Abuse Now. It began small, as a group of friends and neighbors meeting in the basement of his house. But as a clear-eyed businessman, he quickly set out to professionalize the organization. He donated money to hire a part-time director, and began recruiting people with particular skills to form a board of directors: people with legal and accounting and organizational skills, and some higher-profile people who knew how to raise money. He developed good contacts with child services agencies in the local jurisdictions and sought out people with a vision for how to prevent as well as deal with the effects of child abuse. The group developed a mission statement and established goals they could achieve with limited resources.

SCAN’s first major effort was to set up Court Appointed Special Advocates (CASA) programs for children in Alexandria City and Fairfax County. The CASA program in Fairfax County soon became autonomous, as the two jurisdictions have separate court and social services systems. Today the Alexandria program has become the Alexandria/Arlington CASA program. CASA “provides trained volunteers appointed by the court to serve as a direct voice for children in the juvenile court system,” many of whom have been abused, neglected or abandoned by their families. CASA’s volunteers receive intensive pre-service training and are required to take an additional 12 hours of in-service training each year. They commit to work an average of 10 to 15 hours a month advocating for children.

For Cleary, CASA is a success story, but it’s not enough. Children are referred to the program through the court system. In CASA, he said, “We’re working with abused children. It’s after the fact, helping them through the courts.” His hope is that eventually, through education and preventive services, SCAN can be more effective at preventing abuse. “Child abuse is almost always cyclical. Most abusers were themselves abused,” he said. Over its nearly 20 years of existence, SCAN has helped between 3,000 and 4,000 children, he said.

SCAN’s prevention efforts include the Success by Six preschool program for children who are at risk or whose parents might otherwise not be able to afford preschool. SCAN offers parenting classes and support groups to at-risk parents. SCAN monitors and advocates for abuse prevention legislation. It creates and distributes fact sheets, brochures and other educational publications, raising awareness of what constitutes child abuse and of resources that can help. Some of its outreach is in Spanish.

Cleary’s long-term goal is to come up with a model child abuse prevention program. He points out that other social reforms – for gender rights, child health and prenatal care, for example – have been implemented when activists can persuade governments or businesses that the reform will have financial benefits down the road.

“In the United States, every year, we spend directly $30 billion because of child abuse on hospitalization, law enforcement and judicial costs,” Cleary said. Indirectly, he believes, we spend another $70 billion on lost work, school remediation, and other problems stemming from abuse. “With $100 billion a year to prevent child abuse, you could do a lot,” he said.

While returns are difficult to measure conclusively until a child grows up, Cleary believes the returns on such an investment would be fantastic: reduced health care costs, lower teen pregnancy rates, 100 percent immunization rates rather than the current 50 percent, and children who are better prepared for school. He cited a Michigan program that showed higher rates of high school graduation, better jobs, higher rates of home ownership. All of it, he said, would provide a return rate of nearly 40 percent, which is twice what a private equity firm would be happy with. So far, few governments have pursued strong and effective prevention programs. His hope is that someday a for-profit company will do it.

Diane Charles has been SCAN’s executive director for 9 years. She nominated Cleary as a living legend, she said, “because of his untiring belief that children should be nurtured.” It is the combination of that belief and his personal magnetism and business skills that make him effective, she said.

Charles calls Cleary a nurturing person who slowly builds relationships. “There are members of the board who are there because of him. He gets really good people.” And though SCAN is his passion, and everyone on the staff and the board knows what he hopes for from the organization, he doesn’t micromanage, she said. “He comes to every meeting. He compliments what we’re doing, but pushes us to a larger vision,” Charles said.

Board member and past president of SCAN Charles Spearman is president of Tucker, Spearman & Associates. He got to know Cleary when his company moved into the same office building as Cleary’s firm, and Cleary welcomed him and offered assistance “as though he was the town greeter.” They stayed in touch, and though he was at first too busy establishing his new company, he eventually agreed to Cleary’s invitation to join the SCAN board. He noted Cleary’s unassuming leadership style and willingness to hear other voices. “The word ‘good’ comes to mind,” Spearman said. He’s the essence of that to me.”

Gail Ledford is deputy director of the Department of Administration for Human Services in Fairfax County. She’s been on SCAN’s board since the early 1990s and has twice served as its president. Her career has been spent working primarily with at-risk children and youth and their families. “SCAN is a wonderfully managed grass roots advocacy organization serving all of Northern Virginia,” she said. “David is so humble. It’s hard to get him to accept recognition. He embodies the belief that those of us who have something to give to improve our communities have an obligation to give it.”

Board member Kevin Monroe is, like Cleary, a former White House Fellow. As a CPA at Deloitte & Touche, LLP, he has served as treasurer and provided counsel on financial matters to SCAN. “He’s very humble, but also very passionate in advocating for SCAN and educating people to prevent child abuse,” he said of Cleary.

Sabrina Black, an 11-year volunteer with SCAN’s CASA program, works with the US Attorney’s Office in Alexandria, in the narcotics unit, where she sees the way things can go wrong for youth at an early age. She chose to volunteer for CASA as a way to help make a difference. “In the beginning, it was all about ‘what can I do,’ but after a while you learn there’s a give and take,” Black said. “I’ve learned so much from those children and families. The unconditional love and trust of those children – there’s no way you can look at those eyes and not want to keep helping.” Black was the first winner of the Cleary Award, which SCAN hopes to present annually as a recognition of both its founder and those who further its mission.