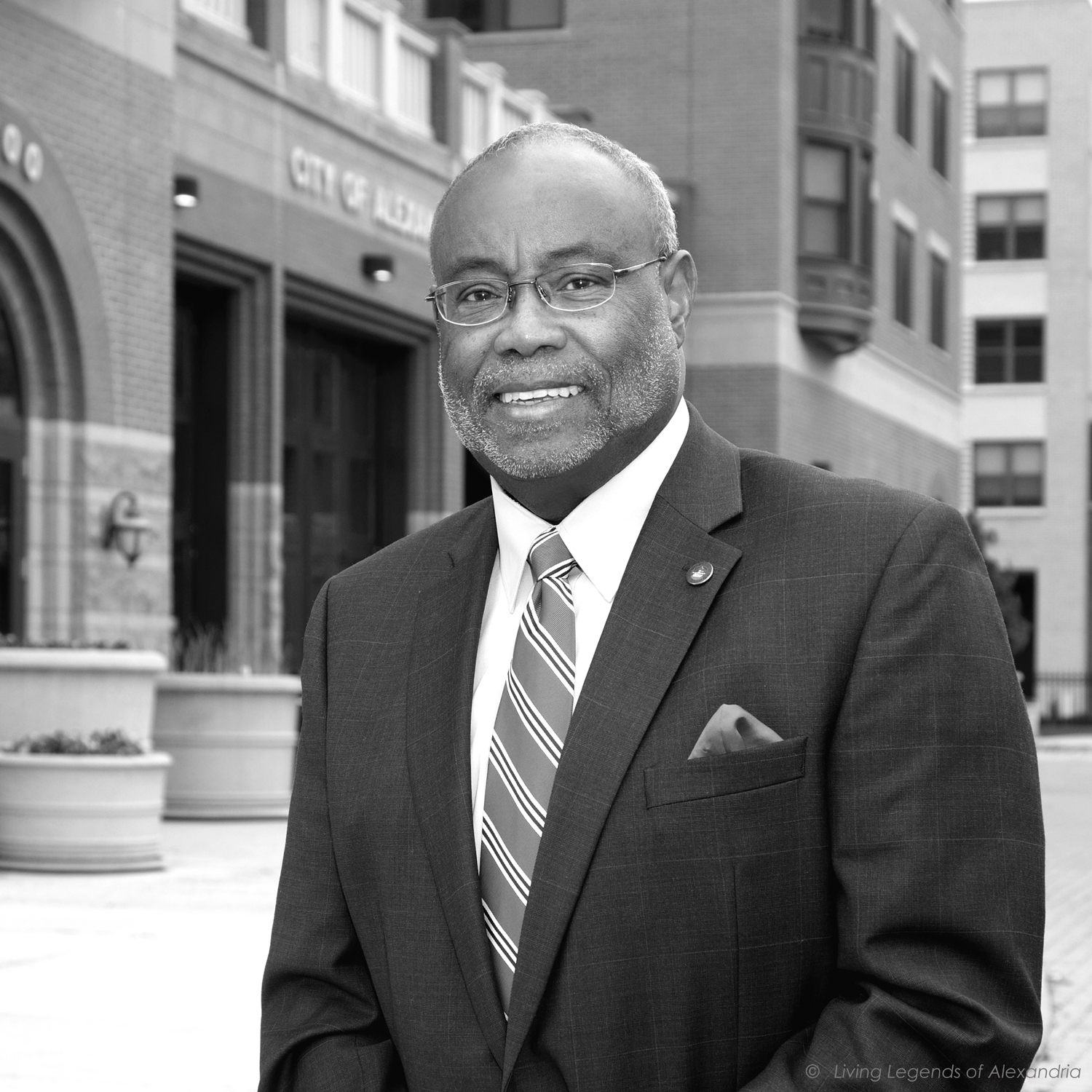 Civic engagement in Alexandria is an integral part of the life experience of former Alexandria Mayor William D. “Bill” Euille. As a life-long Alexandrian, helping the City and community of Alexandria thrive and prosper have been and remains Euille’s life blood and his life’s work. Euille grew up in an area of North Old Town Alexandria in public housing then known as “The Berg” where there is now a street named after him. He lived with his mother, Doris C. Euille, who died in 2001, his sister Sharon Drakard who lives in Del Ray, and his brother, Stanley, who died in his 40s.

Euille learned to value community service at a very young age. As a child, he went everywhere with his mother as she volunteered for Ebenezer Baptist Church, the Red Cross, the March of Dimes and various civic causes. Euille was baptized at Ebenezer and later helped out in Sunday School before and after college. From elementary school through college, Euille was actively involved in school activities and took on leadership roles. He graduated from T.C Williams High School and earned a B.A. at Quinnipiac University in Connecticut where he now serves on the Board of Trustees.

As a new college graduate, Euille joined an Alexandria construction company as an accountant and soon advanced  to Vice President and Controller. In 1987, Euille formed his own general contracting firm:  WM D. EUILLE & ASSOCIATES, which operated until 2010. Currently, he is Founder/President and Chief Executive Officer of The Euille Group, LCC.

He realized  early on that “I’m the type of person who believes that rather than standing on the sidelines criticizing that you roll up your shirt sleeves and you become engaged and involved to make things better,”as he told David Parsons in Virginia Town and City in 2014.[1] In 1974 Euille became interested in a vacant seat on the Alexandria School Board.  Just two years out of college, he became the youngest School Board member ever appointed and served on the board for 10 years.  While on the School Board, Euille served as liaison to the United Way; while also volunteering with the Northern Virginia Urban League, the NAACP, and the Red Cross.

In his election for Mayor, he took on the theme ”One Alexandria.” His background as an entrepreneur, community activist, Civil Rights activist, business leader, and philanthropist helped him to bring together businesses, nonprofits, and the faith community to build consensus around Alexandria issues. Long-time colleague Councilwoman Del Pepper said in a 2015 interview in the Alexandria Times, “The city we see — that everyone values for its diversity, its progress — he’s been the force behind it.” [2] Euille describes his approach as being a good listener, a consensus builder, a team player and an implementer. He says, It’s all about teamwork: it’s all about listening, understanding all the facts, hearing both sides of the issue and then making it happen.”

Euille’s many accomplishments as City Councilman and Mayor are due to this consensus-building leadership style. Euille left his mark on housing, schools, public transportation, safety, the environment, health care, athletics, arts, and economic development. He is especially proud of two of his ideas that were initially laughed at by some: putting housing on top of a fire station to serve two competing community needs with one pool of developer dollars; and establishing the Old Town Trolley to help Alexandria compete with the newly developed National Harbor in Maryland. Also close to his heart were decisions on increasing home ownership, creating home ownership fairs, revitalizing public housing and introducing mixed-income development, rebuilding public schools, creating the Mayor’s Campaign to End Bullying, and holding a free city health fair two years in a row.

Under his watch, Charles Houston Recreation Center was built and the police have a new headquarters building. Euille has also been credited with raising teacher pay, maintaining the City’s AAA bond rating, supporting green buildings, and adding new parks and sports fields to the city. Serving on the boards of the Washington Metropolitan Area Transportation Authority and the Northern Virginia Transportation Authority at the same time, he was in a position to be instrumental in transportation decisions, like the Bus Rapid Transit on Route One. Euille also helped create the Alliance for Alexandria’s Uninsured bringing attention to the plight of about 5,500 low-income uninsured residents who had no health insurance because Virginia refused to expand Medicaid.

Euille maintained his interest in “One Alexandria” and listening. He also made the hard choices incumbent upon leaders – especially those serving long term. His choices won him both supporters and critics. In a vocal and engaged City, there are those who do not see positives in the arrival of the Patent and Trade Office, Waterfront Development, bike trails, new schools, a new home for people with Alzheimer’s, or other decisions in which Euille had influence and a decisive vote.

Euille usually sleeps only five hours a night and describes himself as a workaholic and an “Energizer Bunny.” Rather than taking a break from civic life, he has joined multiple Boards of Directors including: Alexandria Boys and Girls Club, Alexandria United Way Campaign (Chairman, 1998-2000), INOVA Hospital Health System, American Heart Association, ACT for Alexandria, Scholarship Fund of Alexandria, Volunteer Alexandria, Friendship Firehouse, Concerned Citizens Network of Alexandria, The Heron Global Foundation (Alexandria), NOVA Urban League Board (Chairman, 2001), and Healthy Families Alexandria.  He has also served as Chairman of the Washington Metropolitan Council of Governments, a Member of the Governor’s Council on Virginia’s Future, and was President of the Virginia Municipal League.

Euille has received numerous awards from many entities including the U.S. Chamber of Commerce, U.S Small Business Administration, Alexandria Chamber of Commerce, Northern Virginia Urban League, Virginia NAACP, the Washington Post, and Hopkins House. Most recently he was named 2016 Man of the Year from the Nu Xi Zeta Sorority.