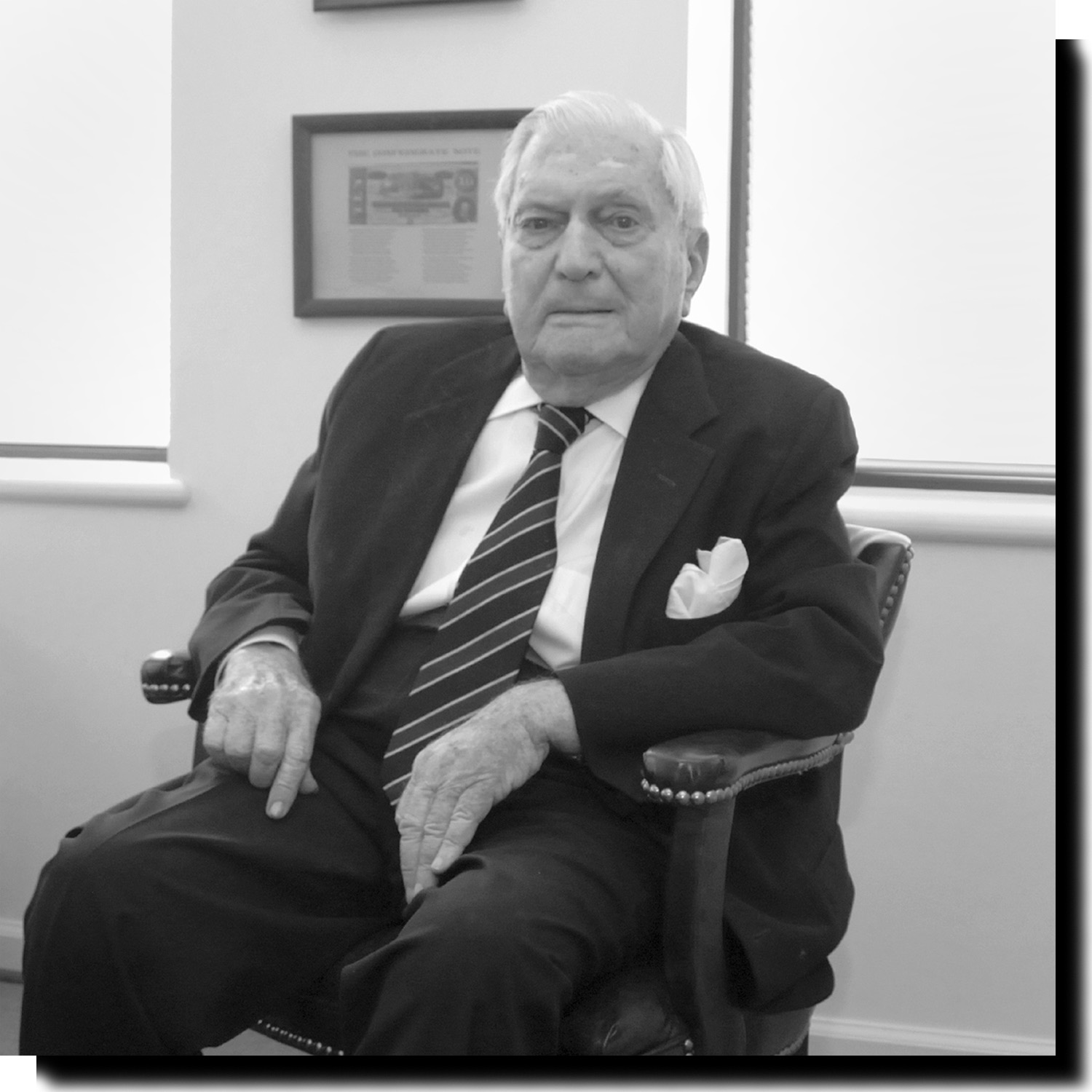 Colleagues describe Bernie Fagelson, age 95, as the dean of Alexandria’s land use attorneys. “Bernie has been sort of the grand old man of the land use BAR,” attorney and former City Councilman Lonnie Rich said. “What a role model he is! He found a job that he loved, represented his clients well, and is honorable.” “Dean of Alexandria’s land use attorneys?” Fagelson twinkled. “I am not sure Bud Hart would agree, but I am flattered.” Fagelson is universally known as “the consummate gentleman.”

“Bernie is a kind and gentle man, kind to everyone he meets,” land-use attorney Howard Middleton said. “He is respectful of elected officials, entertaining in meetings, and an excellent speaker. He’s very well rounded.”

“Fagelson is not a slash and burn kind of guy,” Rich continued. “To me he is an excellent example of how lawyers are supposed to behave.”

“I was okay until 90 and then it seems everything started falling apart.” Fagelson laughed. “However I appreciate the kind words. I still come into the office every day though some days I don’t get a client call. Frankly, at this age, I need the self-discipline.”

“But regarding lawyers, what I value is relationships,” Fagelson continued. “If I insist on anything it is, hopefully, the reality rather than the perception of personal integrity. I look for ordinary decency and kindness. Unfortunately integrity has changed.”

“If I am a product of anything,” Fagelson explained, “I am a product of pre-WWII Alexandria. My family has lived here more than 100 years; I am a Byrd Democrat by birth, a strange combination of Byrd conservative and Roosevelt neo-liberal.”

“No president today compares favorably with their WWII predecessors: Roosevelt, Truman, or perhaps even Eisenhower,” Fagelson said. “For all the kicking that Clinton has taken, he at least left the country liquid.”

Fagelson was the first in his family to become educated. His father was a self-made, self-educated dairy farmer who worked to cure tuberculosis. “My father chose law for me” and Bernie is a Depression-era graduate of the George Washington Law School. He was the youngest person in and President of his law school class.

“If anyone made me who I am it was my mother,” Fagelson recalled. “But it was my father who introduced me to local politics.”

“Alexandria underwent change after the New Deal,” Fagelson continued. “It had an experimental way with Democrats. The Civil War was still the War Between the States and, locally, the Republicans offered some high grade people – especially Cook, Ring and Calhoun. But Republicans think mostly in terms of running things. It is essential that people come first.”

During World War II, Navy Lt. Bernard Fagelson served aboard the newly commissioned USS Quincy. “I’m almost embarrassed at how much I enjoyed the war,” Fagelson mused. “The Quincy was the first ship to fire on Normandy, and the last to fire on the Japanese mainland. President Roosevelt traveled to the Yalta Conference aboard the Quincy.” Fagelson’s military background also includes Intelligence work.

“I disagree that World War II veterans are the greatest generation,” Fagelson exclaimed. “To imply that any generation compares with the founding generation is arrogant.”

“What we are is the luckiest generation,” Fagelson said. “What other generation starts with a Depression, has a major war – hopefully the War for all time – and now eats so well, dresses so well, or lives so well?” “All my memories of working in Alexandria seem to be good,” Fagelson noted. He began practicing law seriously in 1946.

“What I appreciate about Bernie is his reasoned approach with regard to the city,” land use attorney Duncan Blair said. “He has always presented himself on his own credibility and his public performance demonstrates both his knowledge of and love for the city of Alexandria.”

“My first year of practice I went to work for Judge Robinson Moncure,” Fagelson offered. “Now there was an opportunity to observe a real legend. Then I left to build my practice, doing trial work and partnering with former Alexandria Mayor Leroy Bendheim.” Bendheim was mayor from 1955 until 1961 and Fagelson’s law firm – Fagelson, Schonberger, Payne & Deichmeister – is an offshoot of Bendheim & Fagelson.

“In the late ‘50s,” Fagelson reminded, “in the middle of massive resistance, Bendheim and I integrated the old Murphy’s Department Store lunch counter. Actually Roy did it and I tagged along, but we purposely took a couple of black men with us and we four sat until their service was denied. When the store wouldn’t serve them, we gave them our coffees.”

“Correct is following the norm,” Fagelson explained, “Right is a conviction in your inner conscience that what you’re doing should be done. There are no second class citizens, everyone should be treated fairly. I resent unfair treatment for blacks and glass ceilings for women.”

Fagelson is Director Emeritus of Burke & Herbert Bank. The bank refers to him as a “champion of the fairer sex.” The first three women to run for Alexandria office have Fagelson to thank. “I pushed them into it,” Bernie said with a devilish grin.

“One of my fondest memories,” Fagelson recalled, “was lunching on King Street at Schuman’s. It took about 30 minutes to walk four blocks because we stopped and talked with people. There was a long table in the back of the bakery essentially a club table. The town’s wheeler dealers, movers and shakers used to frequent that table.” Bernie enjoys power lunches and today La Bergerie is among his favorite restaurants.

Is integrity his lasting legacy? “Well,” Fagelson said, “integrity is honesty plain, not cheating. Character is more subtle, more philosophical. I have always been afraid of vanity, but I hope you think me reasonably honest.”

“Bernie is the consummate gentleman and in the public setting his level of discourse has always been courteous and inquiring,” Blair said. “He argues the argument, not the arguer, and does so respectfully.”

“I guess my Alexandria legacy, depending on who you ask, is sometimes buildings but more that I was part of a city which grew up from a nice residential town to an independent part of Northern Virginia,” Fagelson resolved. “Land use became more than an opportunity; it needed to be controlled by law. Somebody had to help us to grow – we were going from mud to asphalt – and lawyers had to make sure that it was done well.”

“As for aging, I have good family genes and will keep on doing what I am doing as best I can,” Bernie concluded. “I have been lucky enough to have had an easy life and a happy family.”

Perhaps his is the luckiest generation.